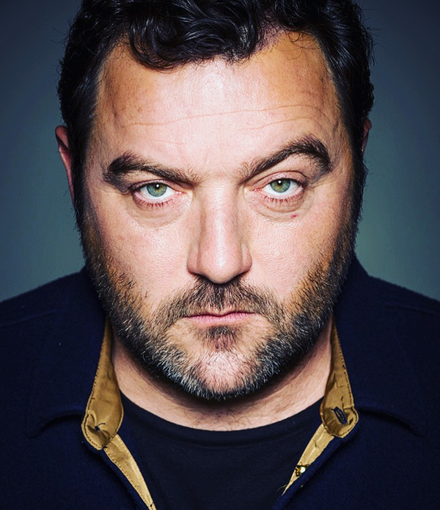 ​After attending the Acting International school and making his debut on television, Denis Ménochet fluctuates between French and foreign films. The actor plays a series of small roles: La Moustache by Emmanuel Carrère (2004), Hannibal Rising (2006) and Olivier Dahan's La Môme (2007). He was revealed in 2009 in the famous opening scene of the movie Inglorious Bastards by Quentin Tarantino, where he excelled opposite Christopher Waltz. He then obtained several roles in American blockbusters such as Ridley Scott's Robin Hood and in 2010, his French career took off thanks to Roselyen Bosh's La Rafle. He was then cast in Mélanie Laurent's first film Les Adoptés before playing a soldier in an elite unit in Forces Spéciales by Stéphane Rybojad. The following year, he was in the cast of Je me suis fait tout petit by Cecilia Rouaud, and Dans la Maison, François Ozon's thriller, where he played alongside Fabrice Lucchini and Kristin Scott Thomas.

In 2014, he is the lead in the film Ablations by Arnold de Parscau, before embarking on the French-British cinema by getting a role in The Program by Stephen Frears, and then in the series Spotless by Ed McCardie. Between 2018 and 2019, he was cast in several major and leading roles: he was in Jusqu'à la garde, by Xavier Legrand, Seules les Bêtes, by Dominik Moll, Grâce à Dieu by François Ozon, then L'Empereur de Paris, by Jean-François Richet. In 2021 - 2022, Denis Ménochet will return to the big screen in Kevin Macdonald's Guilty (July 14), Wes Anderson's The French Dispatch, Anaïs Barbeau-Lavalette's Chien Blanc presented in the opening of this year's CINEMANIA, François Ozon's Peter Von Kant, Guillaume Renusson's Les Survivants, and Rodrigo Sorogoyen's As Bestas.