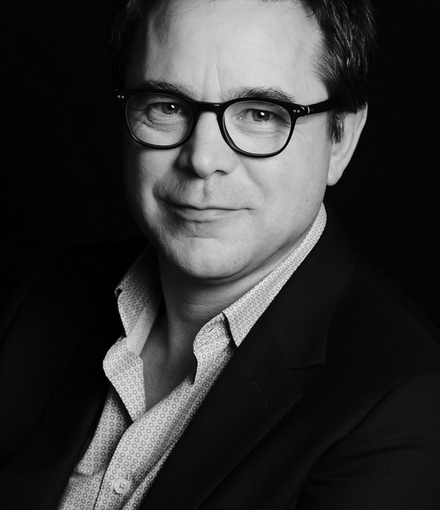 Theater, television, cinema, Guillaume de Tonquédec explores all the fields of the actor's profession. It was in the 4th grade that it all began for him. His French teacher invited a drama teacher to perform the plays on the school curriculum. It was the confirmation of a vocation secretly anchored in him since always.

And finally, he will play in the theater the play "Le prénom" under the direction of Bernard Murat. This play will become a film under the direction of its authors Matthieu Delaporte and Alexandre de la Patellière. His interpretation of Claude Gatignol said "the plum" will earn him the Cesar for best actor in a supporting role. He has just participated in the next film by Woody Allen and you will see him soon in " @venir ", a mini-series directed by Franck Bellocq and in " Arrête avec tes mensonges " by Olivier Peyon adapted from the eponymous book by Philippe Besson.