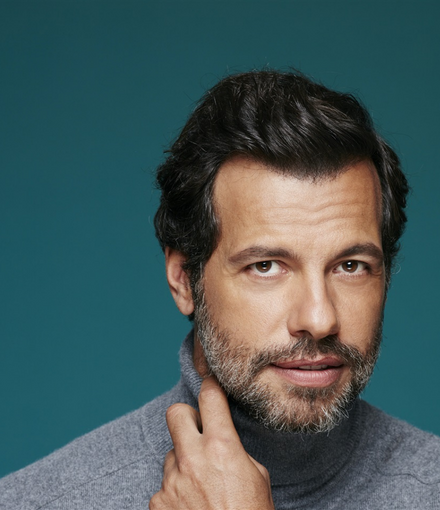 Laurent Lafitte began his career at the age of 15 in a television film for France 3, L'Enfant et le président. This filming made him discover a profession that fascinated him. In order to learn the acting profession, he joined the Cours Florent, then the Conservatoire d'art dramatique de Paris. In 1993, he landed a role in a series, Classe Mannequin, which allowed him to acquire a certain notoriety. He then left for London to attend the Guildford School of Acting, a musical theatre school. Back in France, he plays in many films and on television. He also continues to pursue a successful career in the theater. In 2008, he plays his one-man-show Laurent Lafitte, as its name indicates. It is a triumph, he wins the Raimu prize for this show. The public discovers him, after a career started for many years. Since 2012, he is also a resident at the Comédie Française.