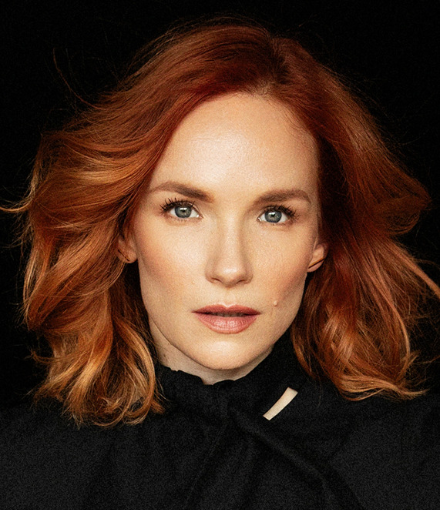 By the time she was 19, Marianne knew that her career would take place under the lights. She began as a singer, but in 1997 her acting work started garnering attention. Fully bilingual, she has performed in a variety of projects in television (LES INVINCIBLES, NOS ÉTÉS, THE DEAD ZONE, LE GENTLEMAN, MÉMOIRES VIVES, THIS LIFE, HEROES REBORN and 19-2) and in film (WHITE SKIN, CHRISTMAS CHOIR, UVANGA, LA CHUTE DE SPARTE). A true lover of the seventh art, Marianne has also produced five short films, one of which, BOXING DAY (MON CHER ROBERT), got a nomination at the 2010 Jutra awards and a feature film (LES NÔTRES) co-produced with Benoit Beaulieu in 2019 (directed by Jeanne Leblanc). In August of 2014, more than ready to bring her artistic vision to the next level, she directed her first short film, SACCAGE (RANSACK), in 2017, MARGUERITE (nominated for Best Live Action Short Film at the Oscars © in 2019) and in 2020, FRIMAS (produced by Ô Films). Marianne cofounded the company SLYKID & SKYKID with Benoit Beaulieu and has several feature film projects in development including LA FAUCHE (written by Camille Trudel) and
NORTH OF ALBANY (cowritten by Claude Brie).