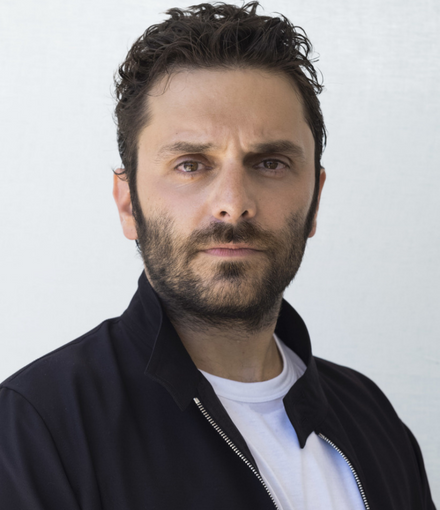 ​With a father who was a stage designer and a mother who was a costume designer for the Strasbourg Opera, Pio Marmai began his career on the stage and took acting classes at the Scuola Commedia dell'Arte, the Conservatoire de Créteil and the Centre dramatique national de Saint-Etienne. In 2006, he performed for the first time on stage in LES TEMPS DIFFICILES by Edouard Bourdet. Noticed in the casting of the mini-series RIEN DANS LES POCHES alongside Emma de Caunes, the actor appeared for the first time on screen in the comedy DIDINE by Vincent Dietschy in 2008. The same year, he played the rebellious big brother in LE PREMIER JOUR DU RESTE DE TA VIE (The First Day of the Rest of Your Life) by Rémi Bezançon, for which he was nominated for a César for Best Male Actor. Thereafter, the native of Strasbourg alternates comedies and dramas. He also tasted the world of superheroes with HOW I BECOME SUPER HERO, which was released directly on Netflix, then played an angry yellow vest protester in the very much in tune with the times LA FRACTURE, and a determined journalist in the thriller INVESTIGATION ON A STATE SCANDAL.