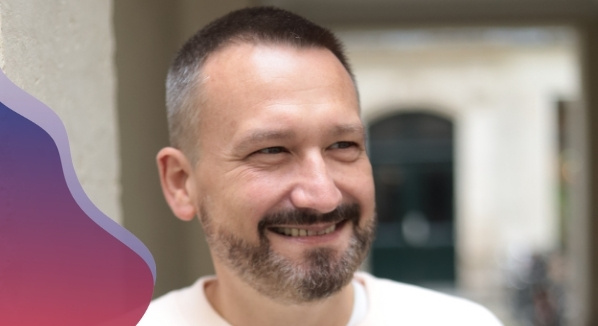 Trained at the IUT of journalism in Tours, after internships in the cinema press, this audiovisual enthusiast has worked for many years in communication on the organization of events and image creation (JCDecaux, Paris City Hall) and was in charge of the communication of the association Act Up-Paris for a year, working on a collection of short films, "Women and HIV" co-produced by Arte.

Today, he is a freelance journalist (yagg.com, Sensitif) and communication consultant. In 2010, he created the Queer Palm, the LGBT, queer and offbeat prize of the Cannes Festival (queerpalm.fr).

He is currently working on a book of interviews with Portuguese filmmaker João Pedro Rodrigues (O FANTASMA, ODETE, MOURIR COMME UN HOMME) and on event projects, always related to cinema. He is Co-Editor in Chief of the web and print magazine FrenchMania, and also writes for Komitid. His favorite films are LE DERNIER MÉTRO by François Truffaut, LE LIEU DU CRIME by André Téchiné, and L'INCONNU DU LAC by Alain Guiraudie.
Retour