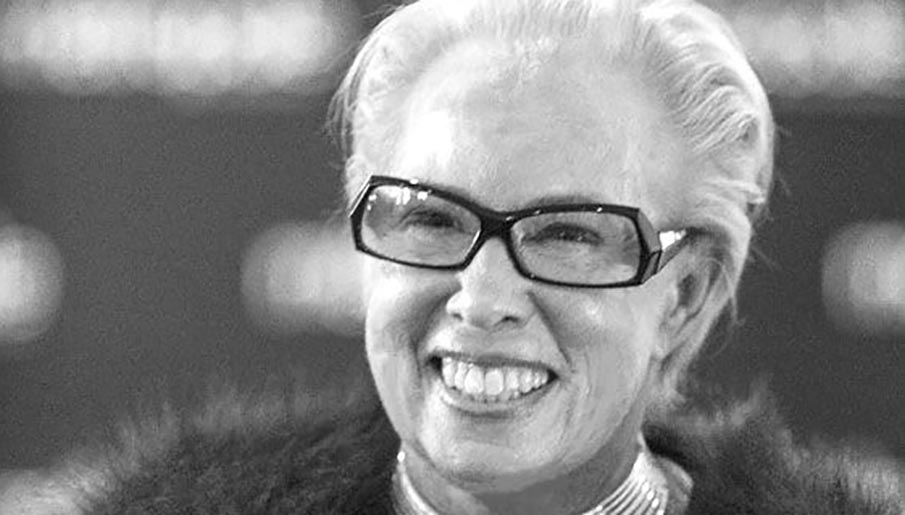 
I must confess that until I got a press release last week, I was not fully aware of what a truly impressive event Cinemania was in this city. On the eve of its 22nd edition, with a focus on diversity of francophone filmmaking, I had an interesting chat with founder Maidy Teitelbaum.

“Twenty two years ago I was with my husband Irv in Sarasota, Florida at an event,” Teitelbaum told me. “I was doing fashion photography at the time and wanted a change. So my husband turned to me and suggested I start a film festival in Montreal. Well, I liked the idea immediately and I jumped in with both feet.”

Irv by the way was the co-founder of La Senza, the most dominant lingerie retailer in Canada.

Starting such a festival from scratch was no simple task. Teitelbaum’s idea was novel: show francophone films with English sub-titles. She began by making cold calls. In a province beset with language tensions, this concept hit all of the right notes. “I never realized how up to my eyeballs in stress I would become,” she said. “But it was good stress.”

Teitelbaum says her best move was hiring Guilhem Caillard as managing director. “He really rose to the occasion right away,” she says. “He is always on the job, travelling the world for us and attending different festivals.”

Dedicated to the diversity of Francophone filmmaking, Cinemania takes place from November 3 to 13 at the Imperial Cinema, at the Cinémathèque québécoise and at the Cinéma du Parc! During the 11 days of the festival, 50 films will be screened, of which 40 are either Quebec, Canada or North American premieres.

Noted French director and actress  Nicole Garcia opens the Festival with From The Land of The Moon (Mal de pierres) starring Marion Cotillard in one of her finest roles, that of a free-spirited yet dissatisfied woman on a quest for passionate love. This an intensely grand romantic saga with Mme Bovary overtones, marking Garcia’s return to Montreal and to Cinemania’s stage for the gala opening evening and film screening, on Thursday, November 3. She will be accompanied by Jacques Fieschi, her co-screenwriter.

Garcia will be this year’s Cinemania Guest of Honor, sponsored by Nespresso. In collaboration with the Festival, the Cinémathèque québécoise will be taking advantage of Garcia’s appearance in Montreal to pay tribute to her in the form of eight films that celebrate her career as both an actress and a director: Place Vendome, L’Adversaire Persil, En La Demeure, Les Mots Pour Le Dire, Garcon!, Mon Oncle D’Amerique, Le Cavaleur and Betty Fisher et D’Autres Histoires.She will introduce several of the retrospective films in person at the Cinémathèque québécoise.

Teitelbaum notes how Cinemania 2016 will indeed gives film goers in Montreal a rare opportunity to view (with English subtitles) the most important Francophone films of the year, featured at the most prestigious international film festivals: Elle, by Paul Verhoeven, (France’s entry at the Oscars in 2017); Slack Bay (Ma Loute) by Bruno Dumont; The Unknown Girl (La fille inconnue) by Jean-Pierre and Luc Dardenne; Personal Shopper by Olivier Assayas; Staying Vertical (Rester vertical) by Alain Guiraudie;  and Chouf by Karim Dridi. All the foregoing titles are from Cannes Official Selection 2016, representing a record-breaking program ! Added to this impressive list are: In Bed With Victoria (Victoria) by Justine Triet that opened Critics’ Week at Cannes; Mercenar (Mercenaire) by Sacha Wolff from Directors’ Fortnight Cannes; as well as After Love (L’économie du couple) by Joachim Lafosse (Critics’ Week).

Two films, Un Certain Regard and The Dancer (La danseuse) by Stephanie di Giusto and Stopover (Voir du pays) by Delphine and Muriel Coulin, both star singer and actress Soko, who will appear at the festival. Soko was recently linked romantically to Twilight star Kristen Stewart.

In Bed With Victoria (Victoria), the closing film of the Festival on November 13, features the astonishingly versatile Franco-Belgian actress Virginie Efira and celebrates the talent of yet another female director, Justine Triet, who has successfully re-invented French film comedy with her energy and contemporary sophistication. There will also be a “special focus” on Mlle Efira’s recent film roles, towards the end of the festival and into its final weekend.

Actor Raphaël Personnaz will be introducing the North American premiere of Siberia (Dans les forêts de Sibérie) by Safy Nebbou, a true adventure film adapted from Sylvain Tesson’s autobiography. Debut filmmaker, director Elliott Covrigaru will personally present Snow In Venice (Venise sous la neige),  a film that created a sensation at its premiere at the Angouleme Film Festival in August. It is an adaptation of Gilles Dyrek’s remarkably successful play that follows the best traditions of French “theatre de boulevard”.

The Grand Prix Mel Hoppeheim will be awarded awarded to the most popular film decided by votes cast by the audience.

It seems like this festival is good for tourism. Teitelbaum says that it attracts people from France and the United States who circle these dates in their calendars each year and make this their vacation. “We appeal to a large audience,” she says. “The films are in French; but they all have sub-titles. Everything we show is a local premiere.”

To see the full schedule and more log on to https://www.cinemania.rip.test/en.