THE 22nd EDITION IS LAUNCHED! 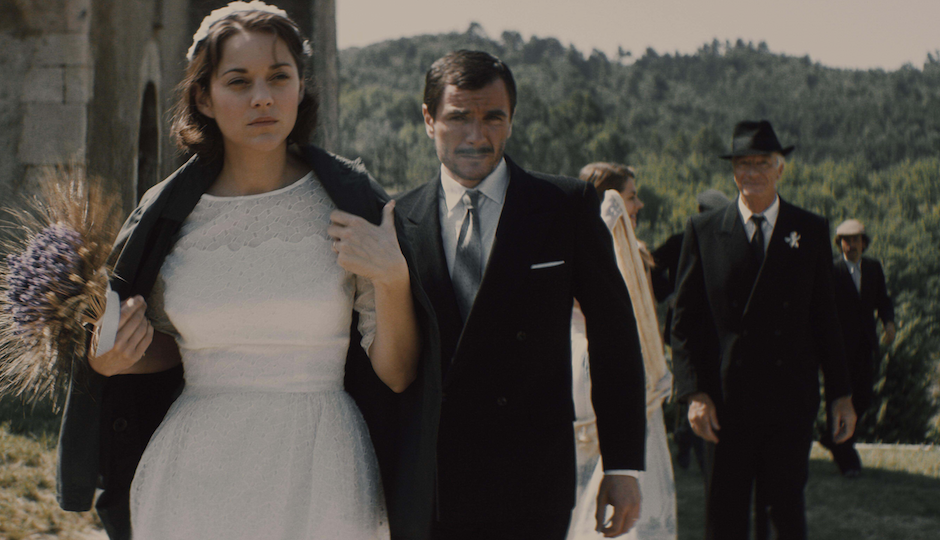 Director Nicole Garcia, Festival Guest of Honour, will present the Opening Film FROM THE LAND OF THE MOON (MAL DE PIERRES) together with co-screenwriter Jacques Fieschi

The 22nd Edition of CINEMANIA Film Festival (November 3-13) is launched at the Imperial Cinema on Bleury Street in Montreal as well as at Cinema du Parc and the Cinematheque Quebecoise. Fifty films, of which 40 are premieres, will be screened during the 11 days of the Festival, and 15 celebrity guests will introduce their films in person on CINEMANIA’s stage. Other professional film industry events will take place during the Festival, notably the RCF (Rencontres de Co-production Francophone) organized in collaboration with SODEC, and will be meeting in Montreal for the first time this year, co-hosted by CINEMANIA.

The Festival Guest of Honour, director Nicole Garcia, will officially open the Festival  with her film FROM THE LAND OF THE MOON starring the luminous Marion Cotillard in one of her finest roles as a free-spirited yet dissatisfied woman in search of grand passion. This intensely romantic period saga, set in the fifties, can be characterized as a modern “Madame Bovary” – it is the 3rd film of director Garcia’s illustrious career to have been chosen in Official Competition Cannes. Mlle Garcia’s personal appearance at CINEMANIA 2016 Opening Gala and Film-screening on November 3rd, together with co-screenwriter Jacques Fieschi, is made possible by through the support of Nespresso. In honour of Nicole Garcia’s prolific and talented career, CINEMANIA, in collaboration with the Cinematheque Quebecoise, presents a special retrospective of 8 films that feature her both as an actress and as a director: PLACE VENDOME, L’ADVERSAIRE, PERIL EN LA DEMEURE, LES MOTS POUR LE DIRE, GARCON!, MON ONCLE D’AMERIQUE, LE CAVALEUR, BETTY FISHER ET AUTRES HISTOIRES.

CINEMANIA continues in its mission to present the best of Francophone cinema each year. It’s a unique opportunity for Montrealers and visitors to experience the highest-profile films from the most prestigious international festivals, including 7 from Official Selection Cannes 2016: FROM THE LAND OF THE MOON by Nicole Garcia, ELLE by Paul Verhoeven (representing France at the 2017 Oscars), SLACK BAY by Bruno Dumont, THE UNKNOWN GIRL by Jean-Pierre and Luc Dardennes, PERSONAL SHOPPER by Olivier Assayas, STAYING VERTICAL by Alain Giraudie, and CHOUF by Karim Dridi. Added to this impressive list, and to name but a few, are such titles as REPAIR THE LIVING by Katell Quillevere starring Quebecoise actresses Anne Dorval and Monia Chokri, MERCENARY by Sacha Wolff, THE DANCER by Stephanie Di Gusto (opening film at Un Certain Regard section, Cannes 2016), NOCTURAMA by Bertrand Bonello , BEING 17 by Andre Techine, and A WOMAN’S LIFE by Stephane Brize, an adaptation of the historical novel by Guy de Maupassant.

The Closing Film, IN BED WITH VICTORIA, stars the outstanding Franco-Belgian actress Virginie Efira, and celebrates the talent of yet another female director, Justine Triet. The talented Mlle Efira will not only be presenting VICTORIA in person during CINEMANIA’s “special focus” on her career, but also both ELLE and UP FOR LOVE in which she stars and/or co-stars.

From November 8th to 11th in Montreal, nearly 150 producers will participate in conferences and workshops to promote and cooperate in Francophone film co-productions. CINEMANIA is taking the opportunity to screen a Quebec-France co-production FILS DE JEAN by Philippe Lioret that will enjoy its North American premiere in a gala evening – the director will be present in person on stage together with the film’s production team and the illustrious Quebec actor Gabriel Arcand. The film perfectly illustrates the goals of the RCF (Rencontres de Co-production Francophone), co-hosted by CINEMANIA and SODEC.

As in every year, audiences are invited to vote for their favourite film, the winner by popular acclaim is awarded the GRAND PRIX MEL HOPPENHEIM. The PRIX DU PUBLIC TFO is awarded each year by popular vote to the best first-time director.

ABOUT CINEMANIA
The CINEMANIA Film Festival celebrates its 22nd edition from November 3-13 at the Imperial Cinema, the Cinematheque Quebecoise, and Cinema du Parc.
This year, CINEMANIA in collaboration with SODEC hosts the RCF conference, much of which takes place at Sofitel Golden Mile, the Festival’s official hotel. In addition to welcoming RCF participants and organizing logistics and events at the conference, CINEMANIA 2016’s program of 40 Francophone films with English subtitles (North American, Canadian or Quebec premieres), presents hundreds of RCF members with a rare opportunity to screen films during the conference in the context of their organization’s goals. The RCF recognizes that CINEMANIA is dedicated to offer Francophone cinema in all its cultural and geographic diversity to both audiences and industry professionals alike. Attendees understand and appreciate that CINEMANIA’s program is a ‘unique voyage of discovery’ in the world of Francophone filmmaking as well as an opportunity to exchange ideas.
Retour