Back to the 25th Edition 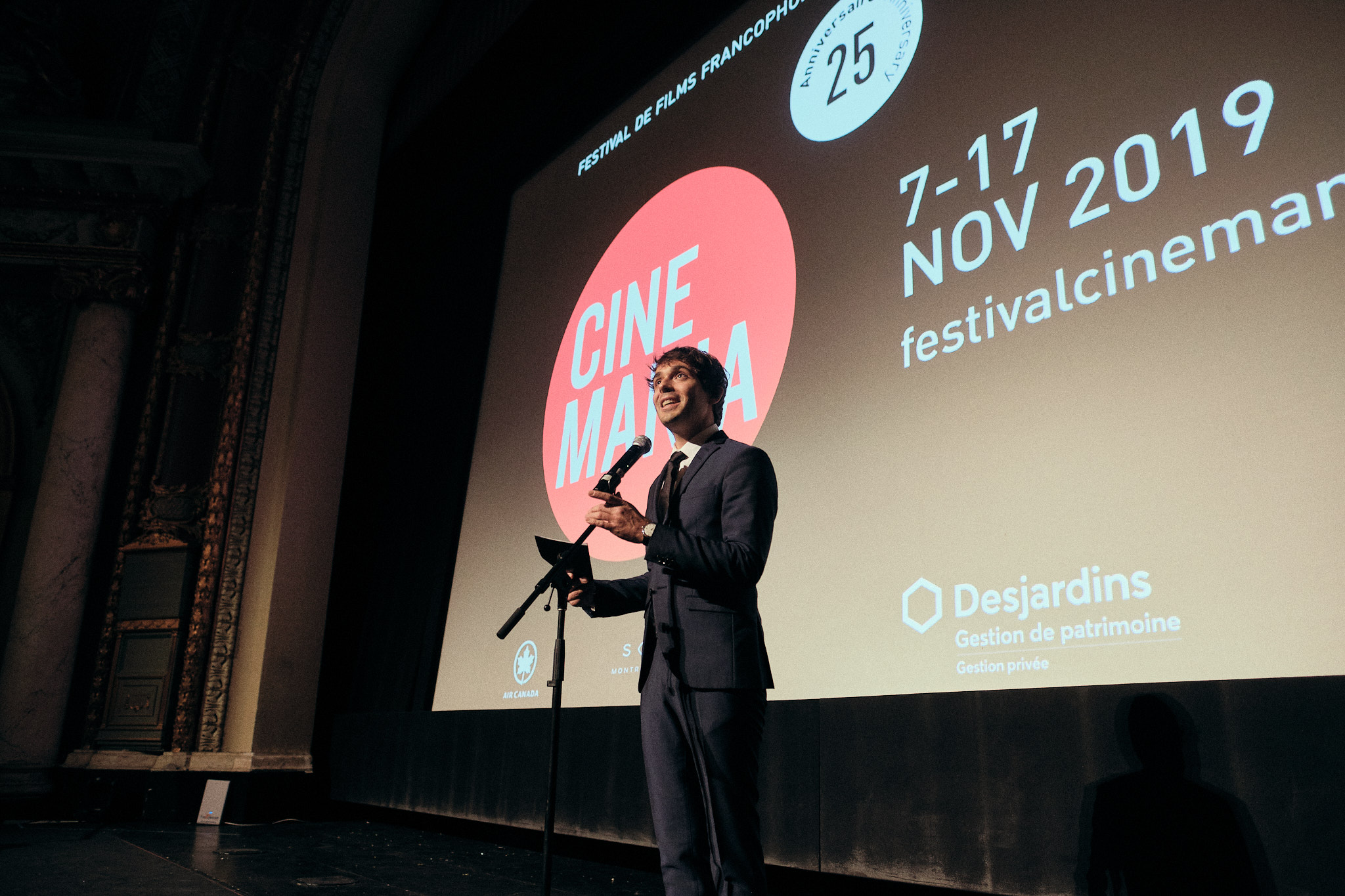 ​
CINEMANIA Film Festival is pleased to announce the prize-winners of its 25th Edition. The Festival came to a close on Sunday evening, November 17th, at the Imperial Cinema, with the screening of the North American premiere “SPREAD YOUR WINGS” introduced in person by its director, Nicolas Vanier. From November 5th to 17th, nearly 30,000 filmgoers attended Festival screenings and had the opportunity of interacting with many celebrity guests who presented their films. 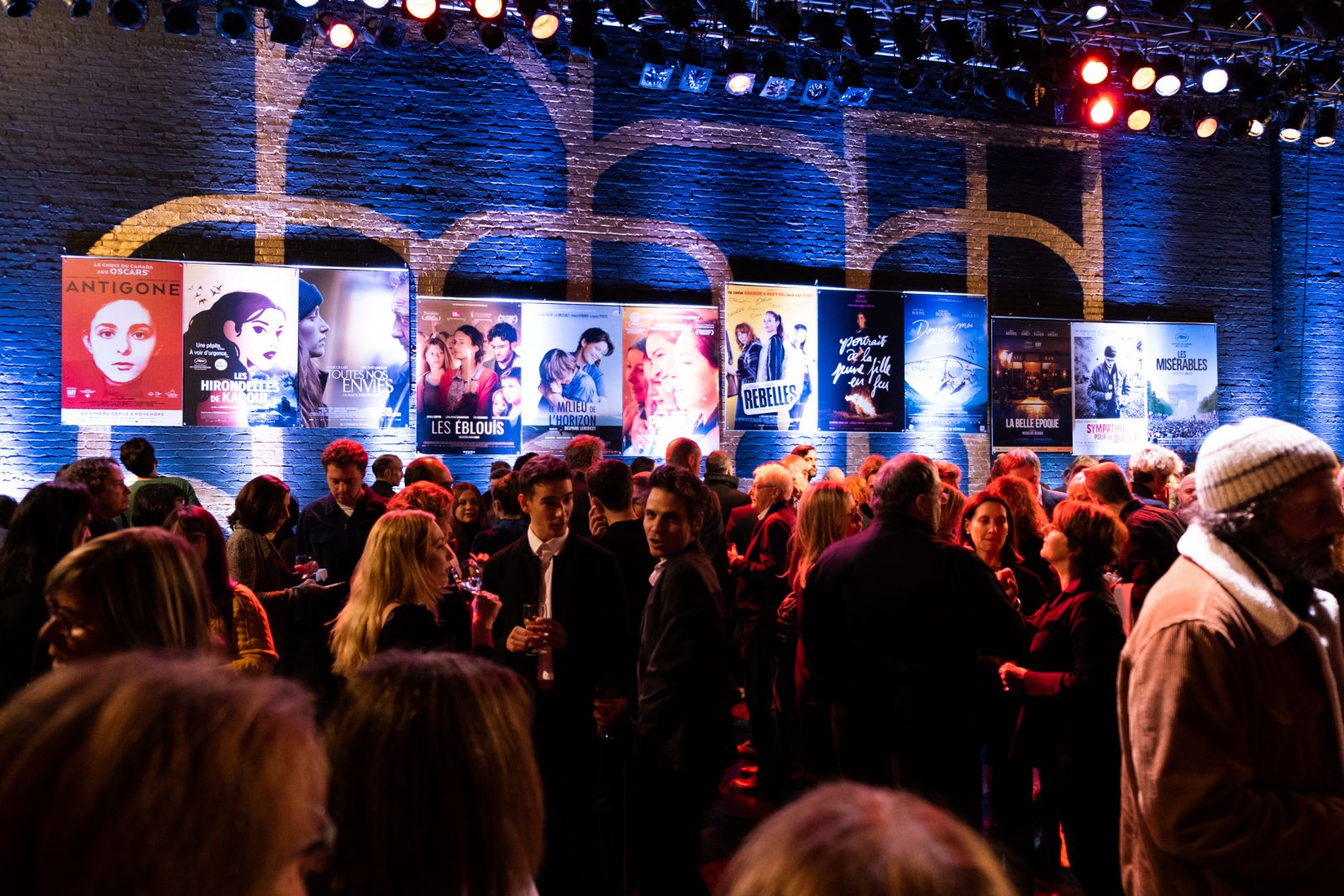 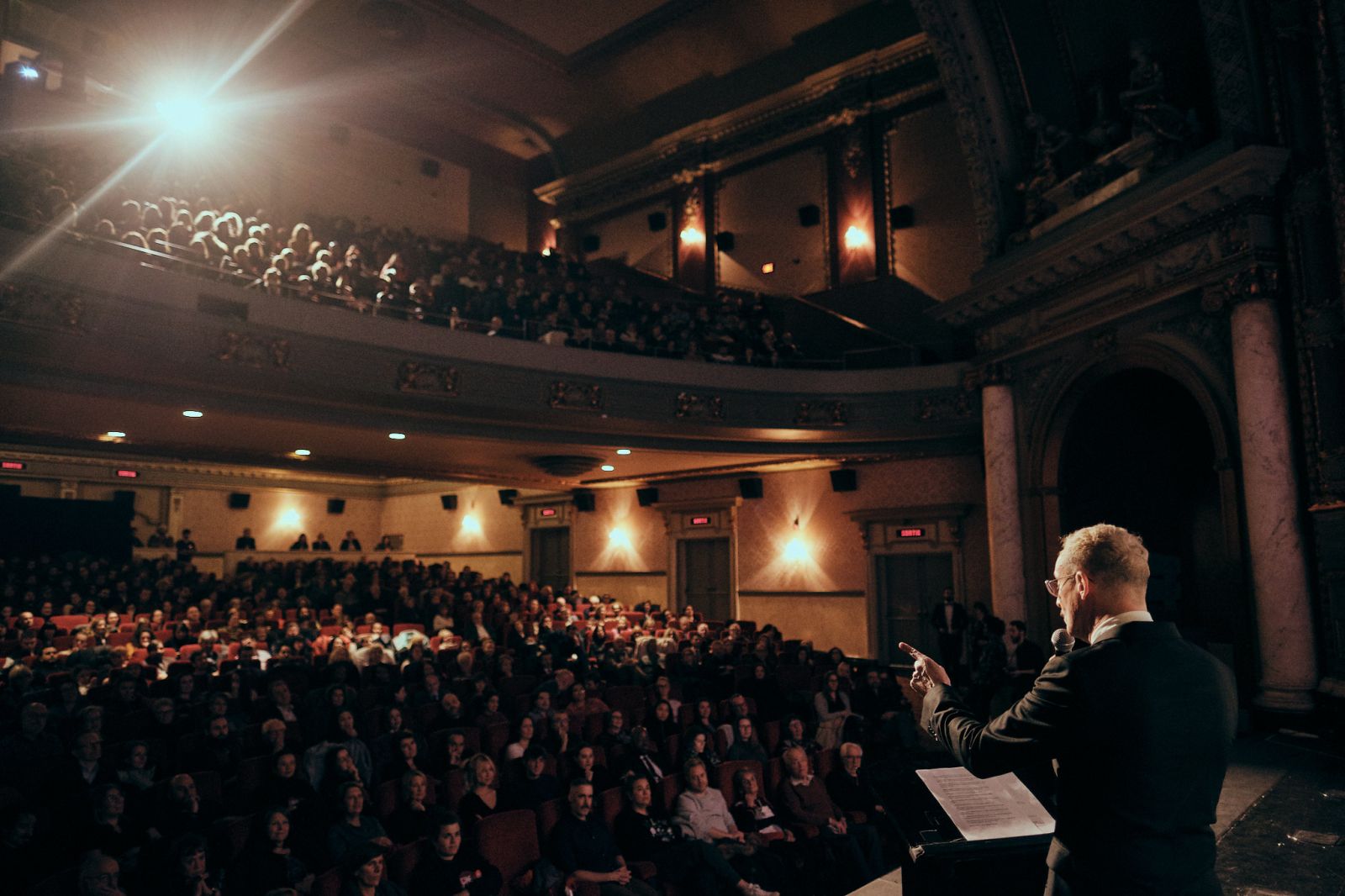 CINEMANIA’s public voted to award the Closing Film of the 25th Edition, “SPREAD YOUR WINGS” by Nicolas Vanier, with the Prix du Public. The film, starring Jean-Paul Rouve and Melanie Doutey, revolves around urgent issues of global warming. It’s also a tender story of father and son bonding.
On CINEMANIA’s stage Sunday evening, Nicolas Vanier, who is not only a filmmaker (LE DERNIER TRAPPEUR, BELLE ET SEBASTIEN, L’ECOLE BUISSONNIERE), but also an author and an adventurer in northern climes, received a standing ovation from the audience.
“SPREAD YOUR WINGS” will open on Quebec screens in February 2020 (AZ Films).
Other audience favourites were “THE WOLF’S CALL”, “LA BELLE EPOQUE” and “SYMPATHY FOR THE DEVIL”. 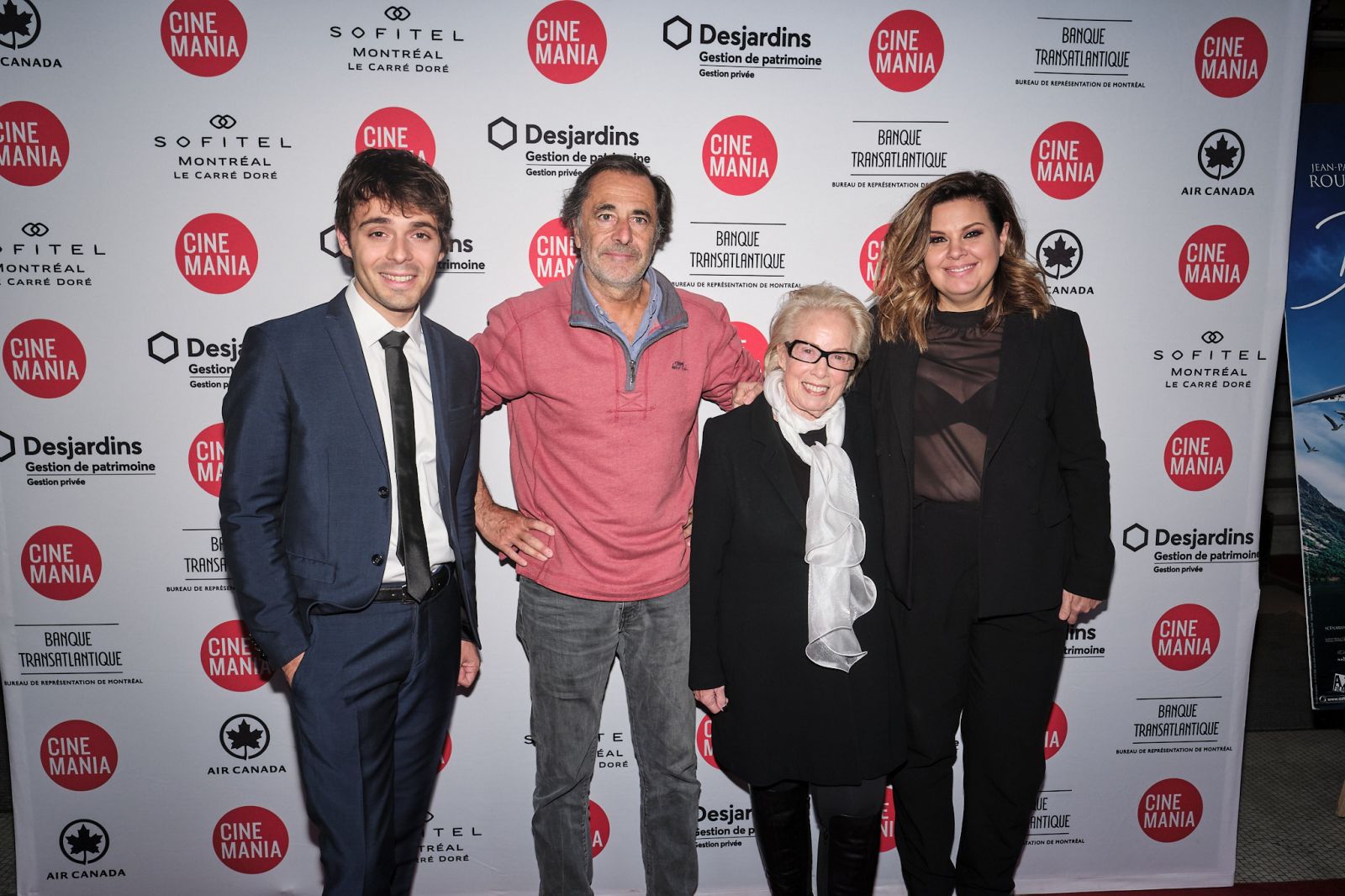 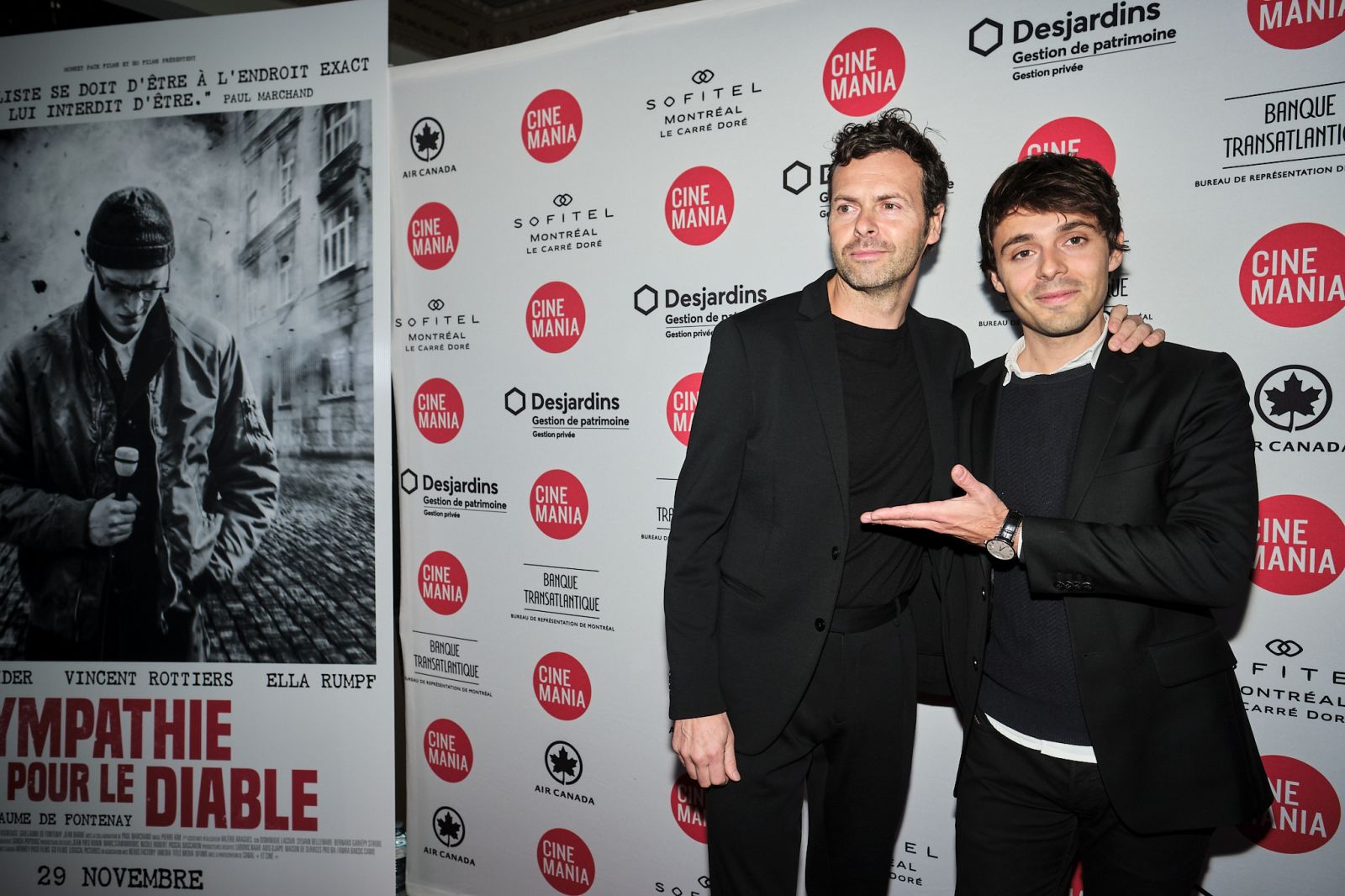 A jury of young professionals from France, Belgium, Luxembourg, Louisiana, Morocco, New Brunswick and Quebec, presided over by actor Guillaume Lambert, awarded the TV5 Prix Jeunesse Francophone prize of the 25th Edition of CINEMANIA to the film “CAMILLE” by director Boris Lojkine. The jury stated: “A fitting and well-deserved prizewinning film that reminds us of a violent conflict almost forgotten by the media; a true story of a heroine that we know little of this side of the ocean, featuring exceptional editing and soundtrack as well as sensitive direction and realistic acting enhanced by the inclusion of many actual photographs taken by the young photo-journalist who lost her life reporting from the Central African Republic (CAR)”. 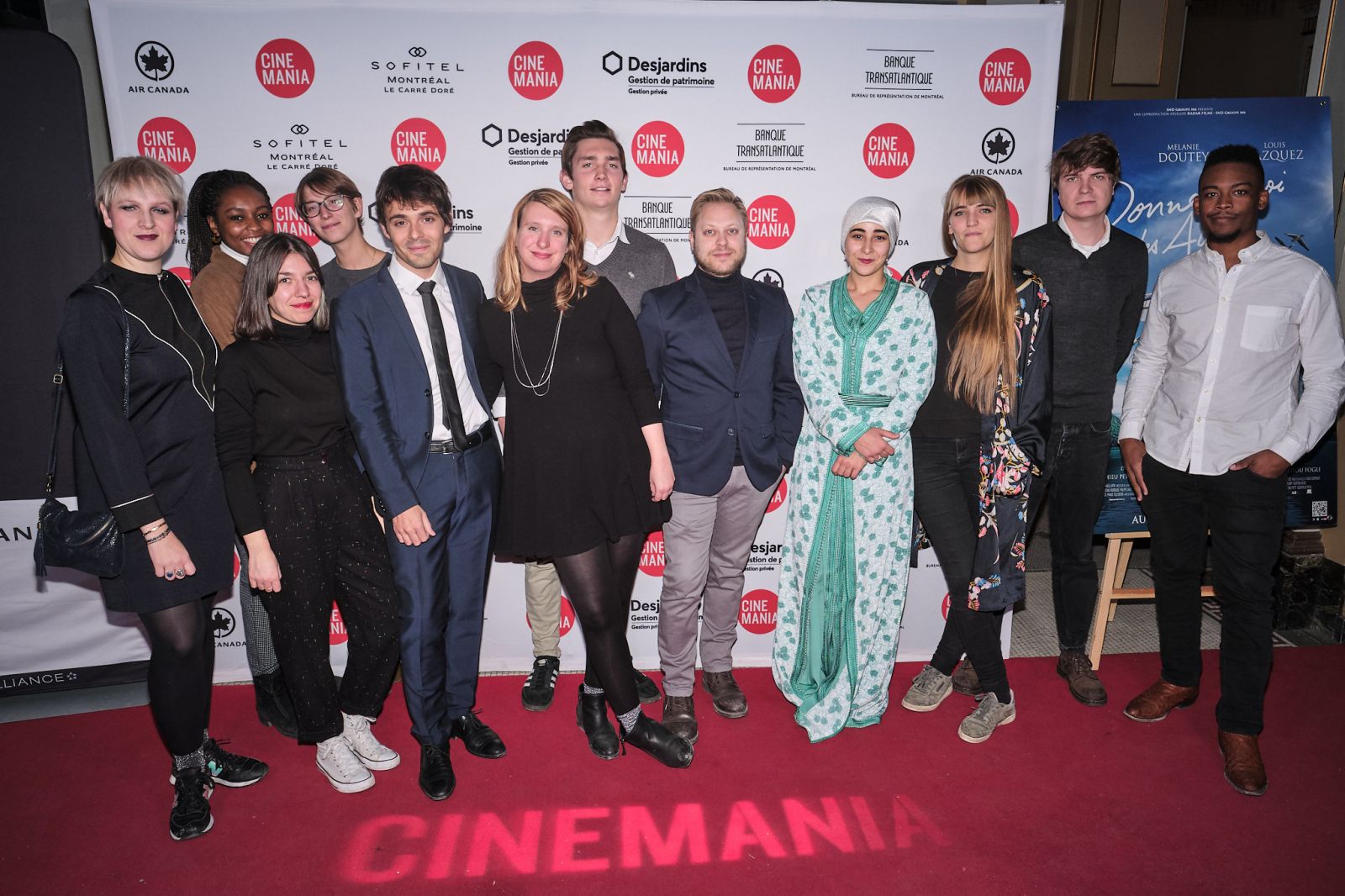 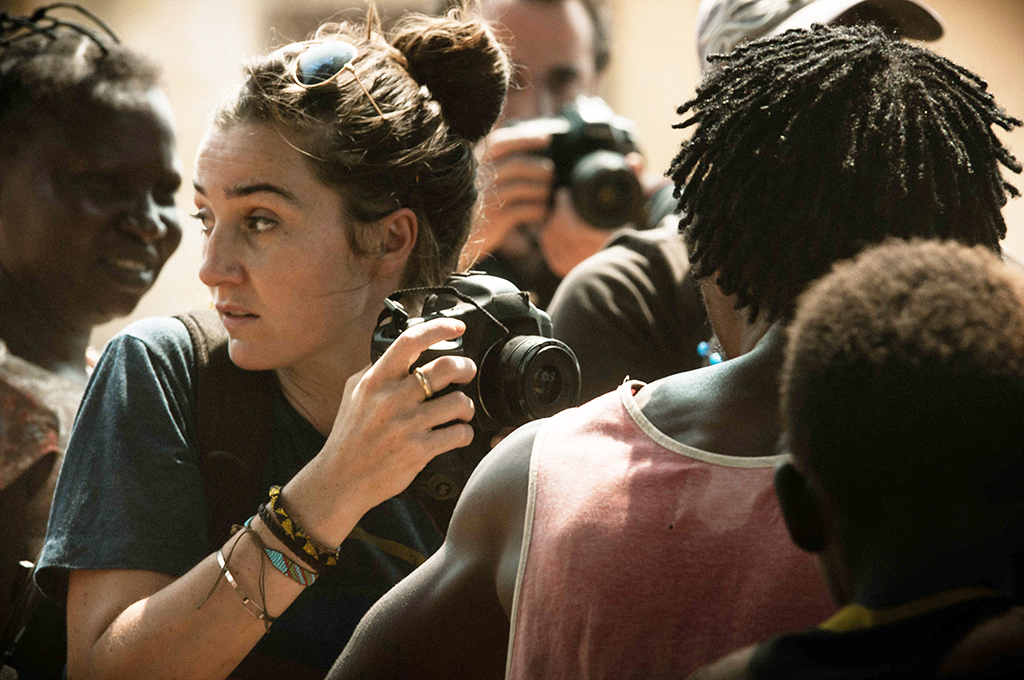 A “Special Mention” was awarded the film “PAPICHA” by director Mounia Meddour (on local screens in 2020; AZ Films), for the mastery of its subject matter, the immediacy of the storyline, the performance of its starring actress, and the tenaciousness of its talented director. The film will represent Algeria at the 2020 Oscars.

Outstanding moments of the 25th edition

Looking back over the course of the Festival, the success of the Pre-Opening evening at the Outremont Theatre deserves mention – “ANTIGONE”, the feature film representing Canada in competition for the Best Foreign Film at the Oscars. Director Sophie Desraspe and her team introduced the film in an ‘avant premiere’ just before the film’s release on local screens. 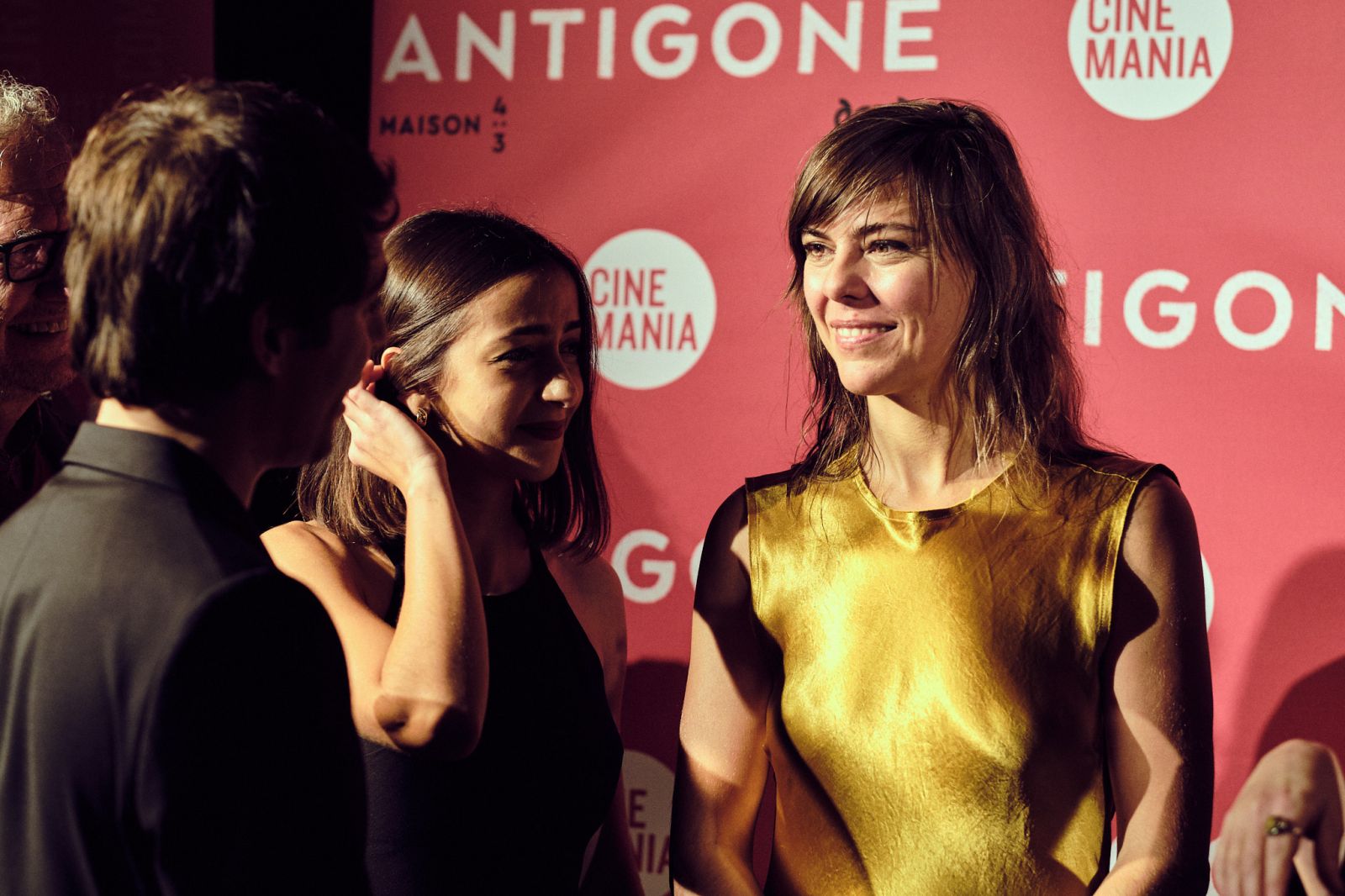 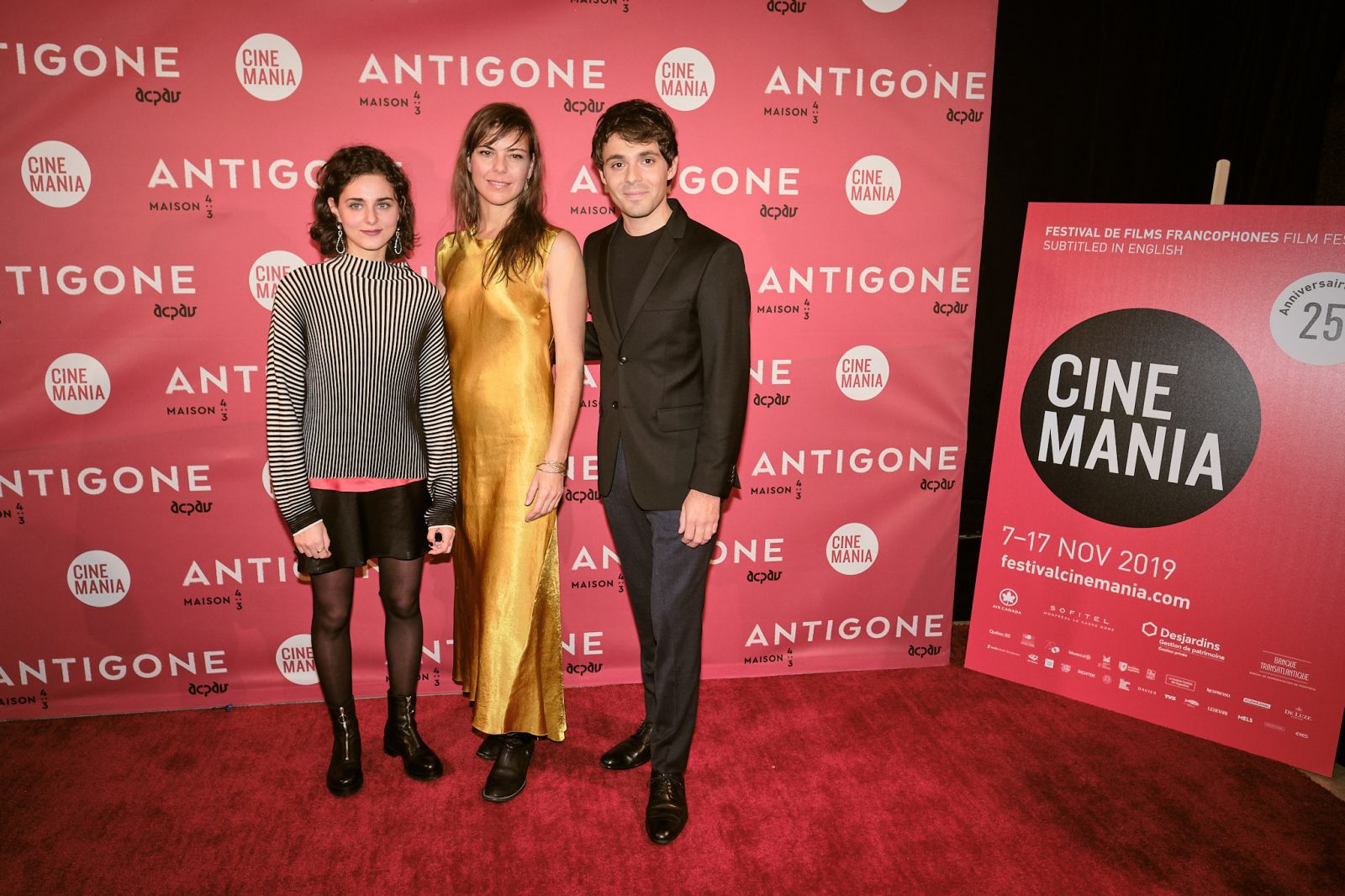 Many films played to sold-out audiences – “ALICE AND THE MAYOR”, “LA BELLE EPOQUE”, “THE TRUTH”, “PORTRAIT OF A LADY ON FIRE”, and “THE BEST IS YET TO COME”. 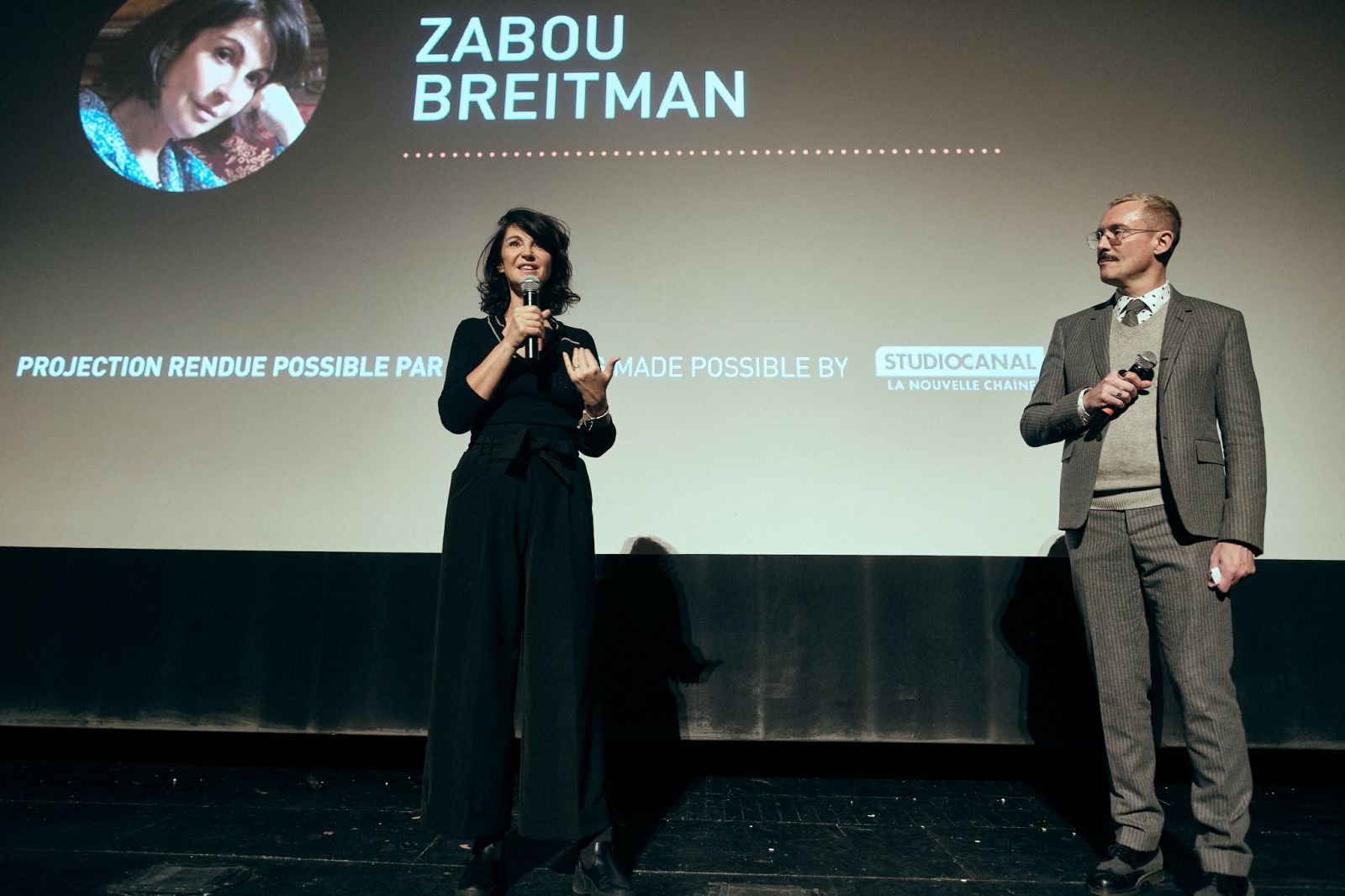 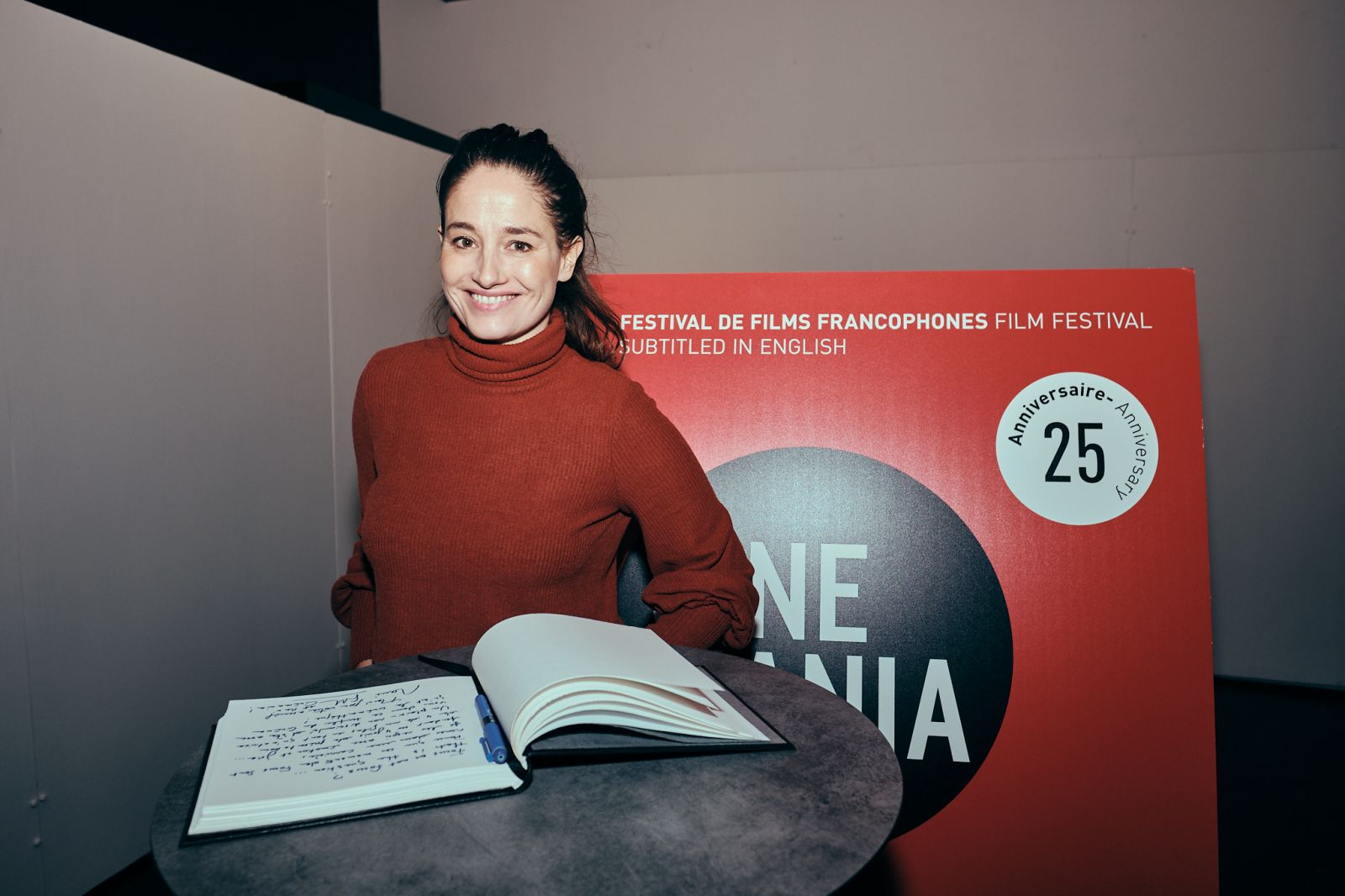 Among the celebrity guests who accompanied their films during the 11 days of the Festival were filmmakers Antonin Baudry (“THE WOLF’S CALL”), Guillaume de Fontenay (“SYMPATHY FOR THE DEVIL”), Leo Karmann (“SIMON’S GOT A GIFT”), PATRICK FABRE (“CINEMA AU FEMININ PLURI-ELLES’), Zabou Breitman (“THE SWALLOWS Of KABUL”), as well as such actors as Alexis Manenti, Almamy Kanoute, Steve Tientcheu (“LES MISERABLES”), Djanis Bouzyani (“YOU DESERVE A LOVER”), Eric Caravaca (“THE DAZZLED”), Laurent Lucas (“CONVICTION”), Nahema Ricci (“ANTIGONE”), Niels Schneider (“SYMPATHY FOR THE DEVIL”), Antoine Desrochers and Alexane Jamieson (“JEUNE JULIETTE”), and, of course, actress Marie Gillain, who the Festival honoured with a retrospective of her work. 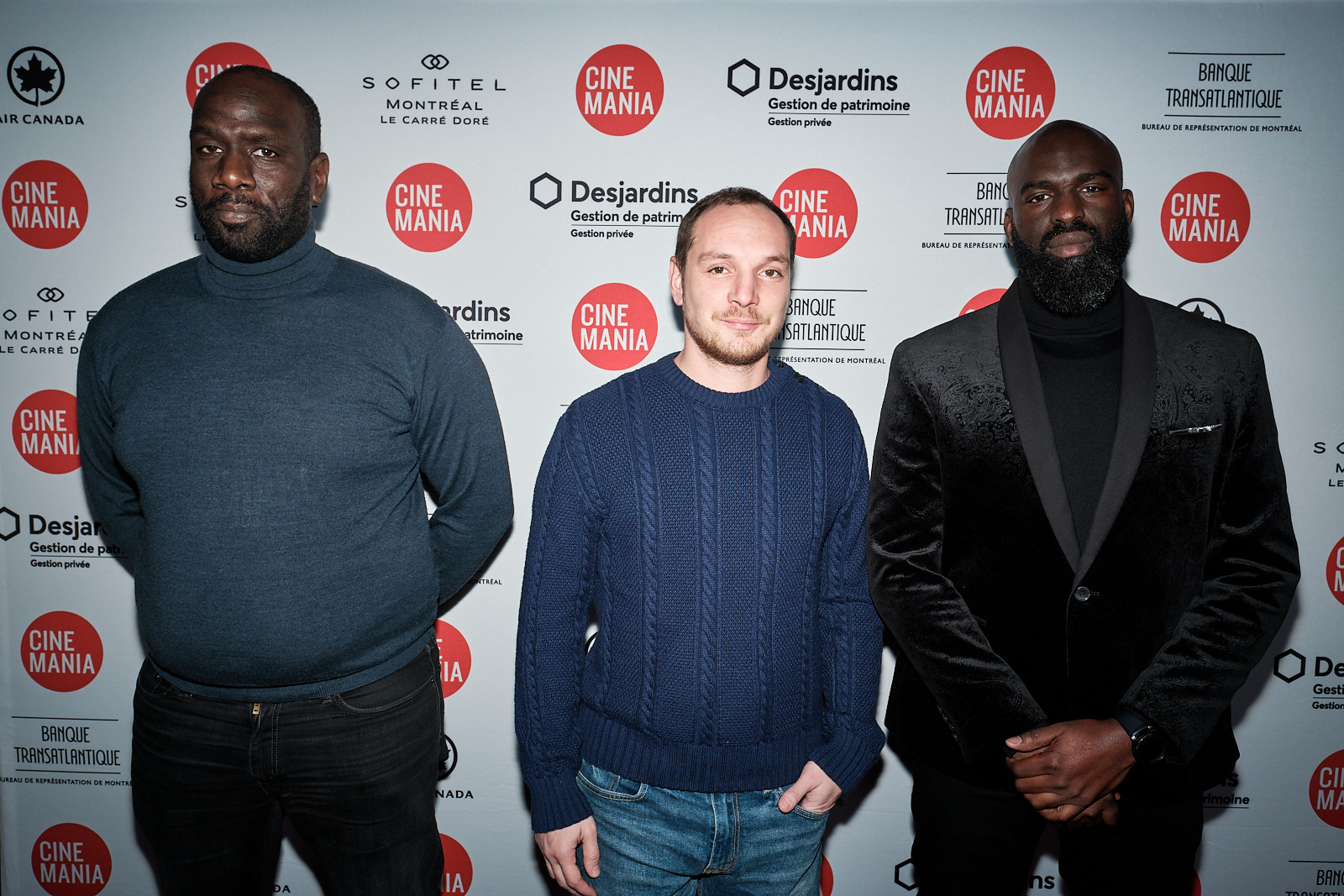 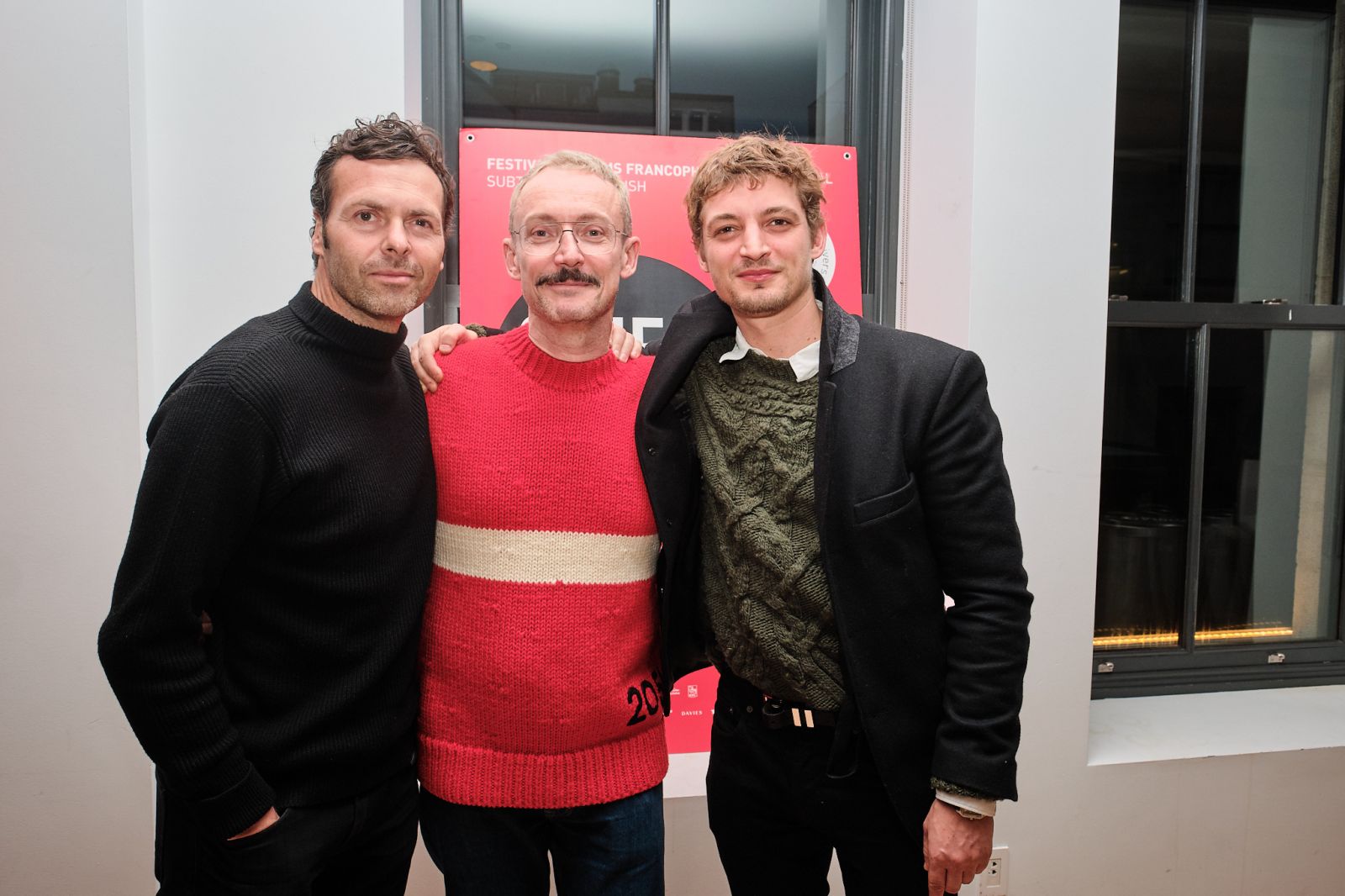 In addition to CINEMANIA’s student screenings, for the second consecutive year the Festival organized three days of seminars on the topic of media and imagery education. Nearly 30 participants and industry professionals took part in various discussions on the role of filmmaking education. 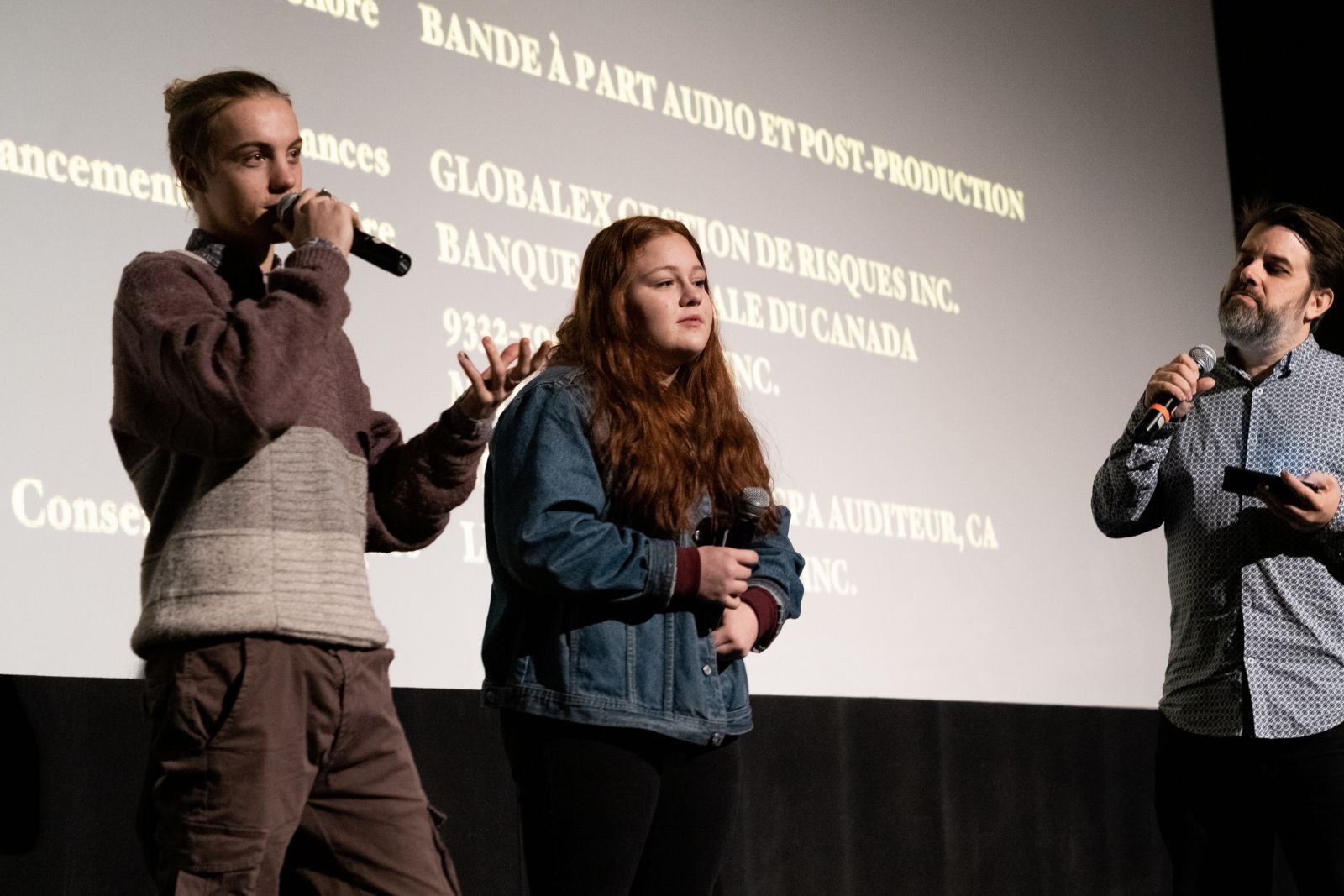 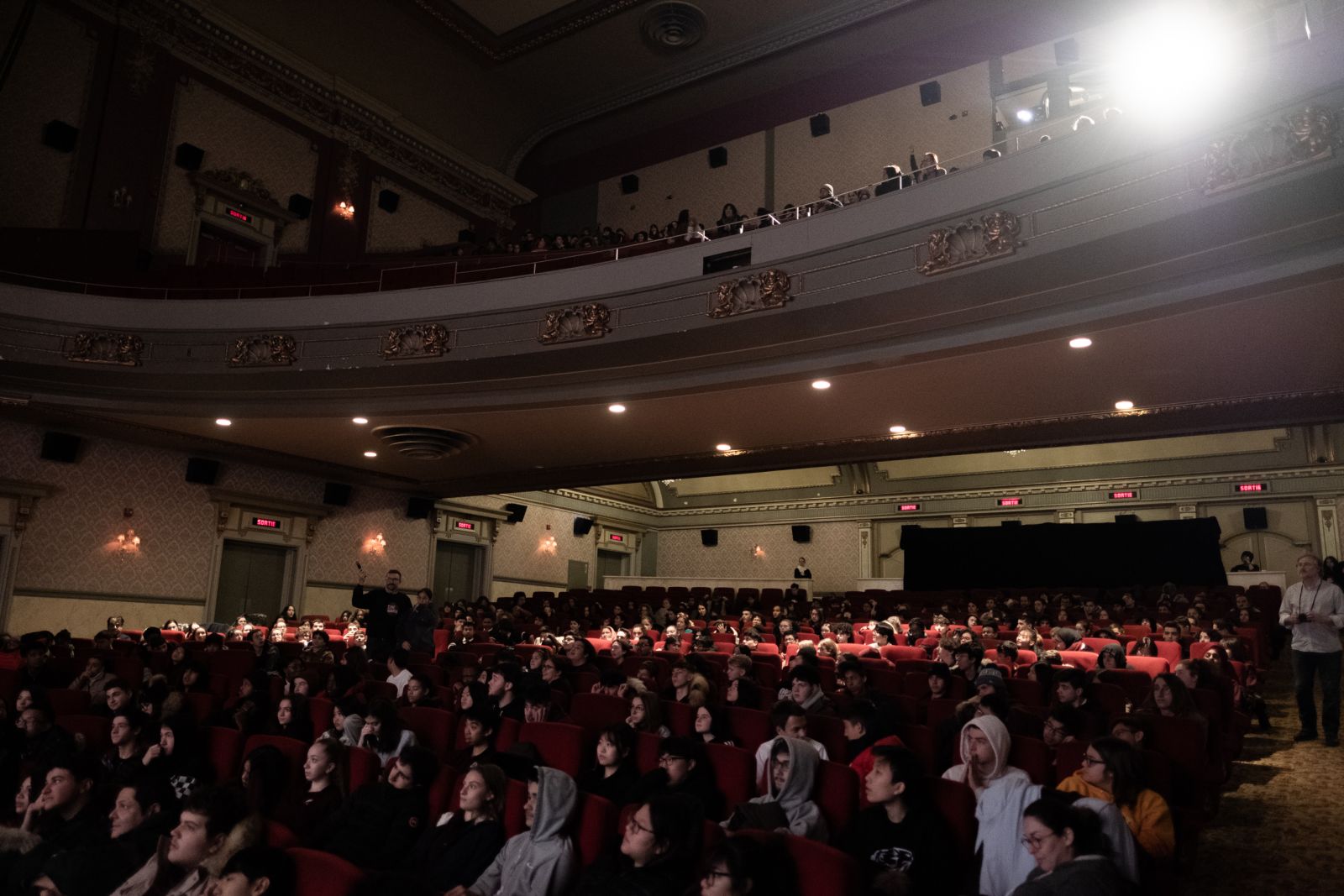 ​Successful coproduction meetings and many other activities under the umbrella of Unterval involved the interaction of French and Canadian producers. 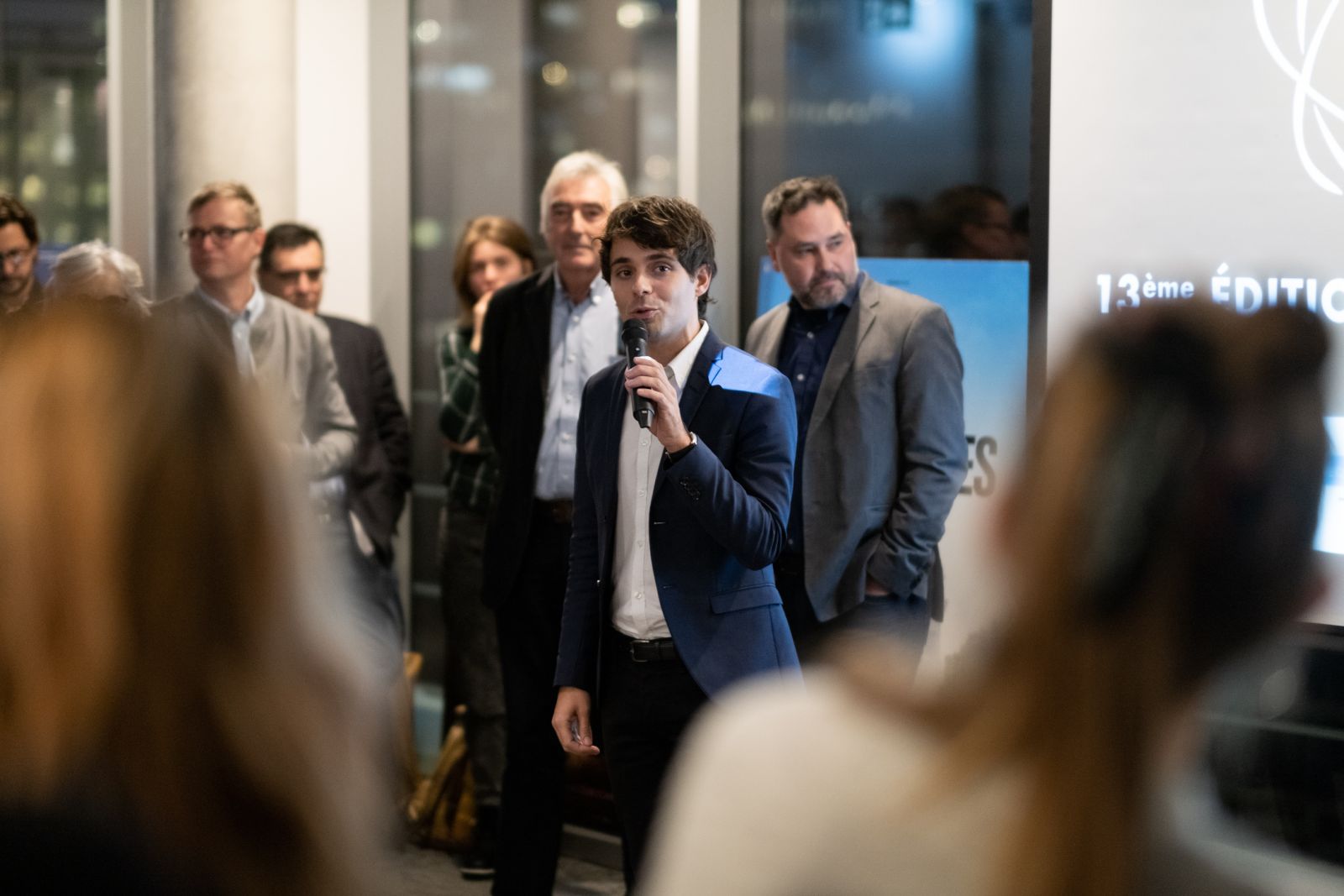 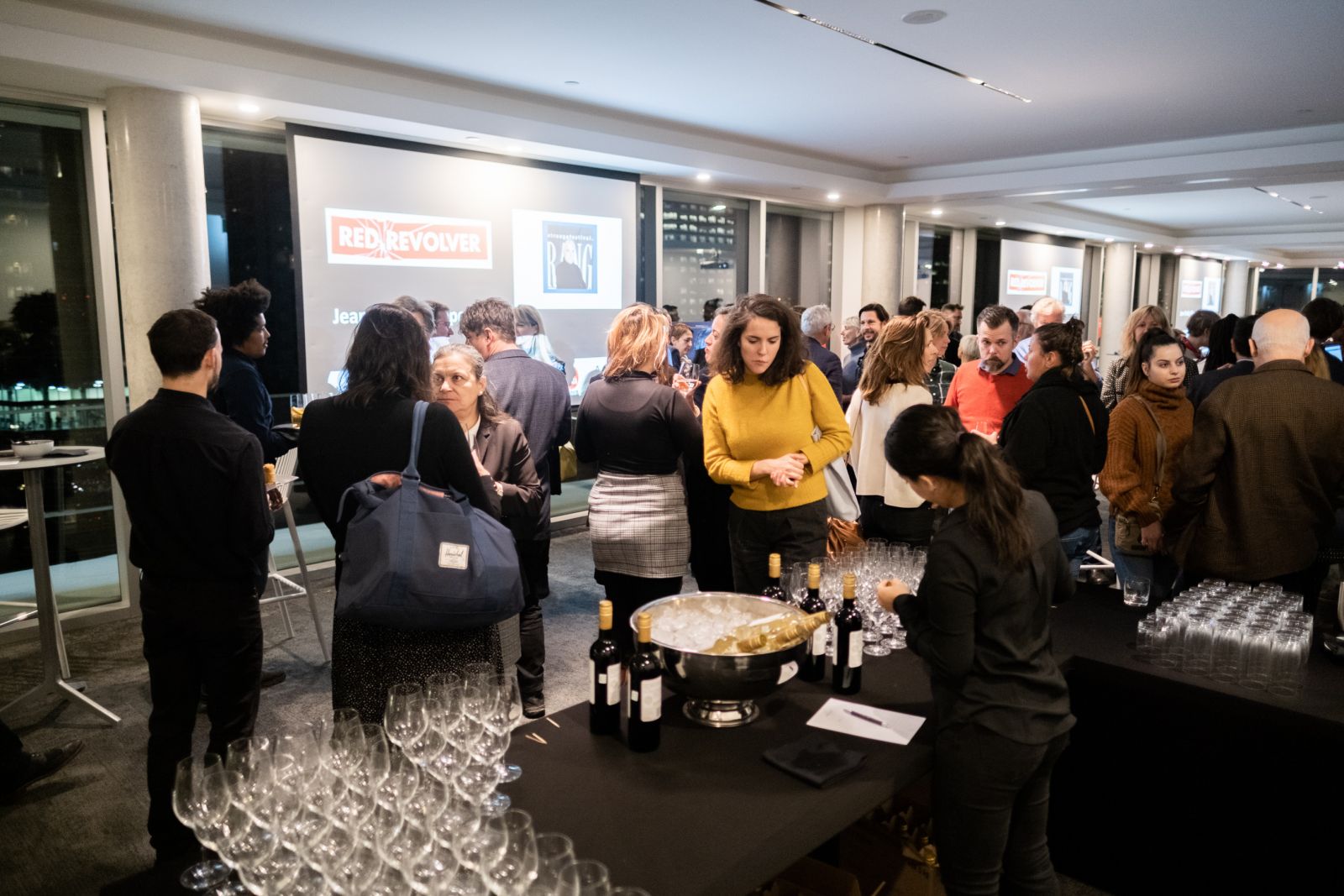