FILMS TO WATCH THIS WEEKEND ! 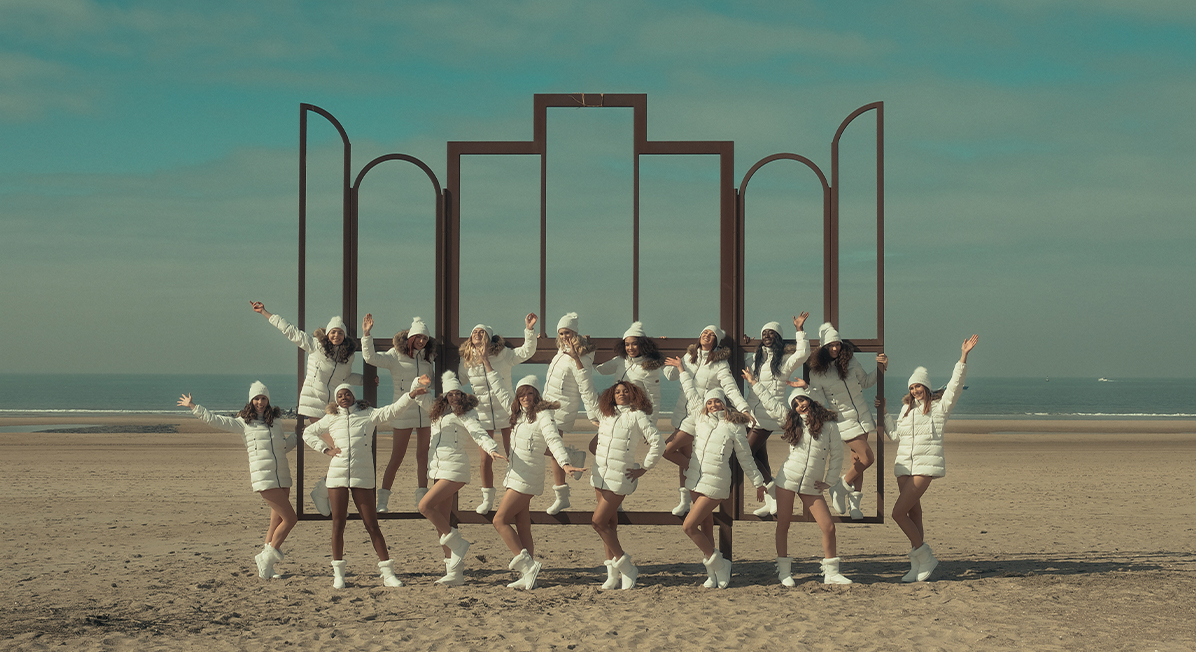 Only ten days left for this 2020 edition of CINEMANIA but still a multitude of superb films to discover! Connect to our online CINEMANIA platform, settle down comfortably at home and enjoy!

⇢ THE LOST PRINCE by Michel Hazanavicius
with Omar Sy, Berenice Béjo, François Damien
A wonderful journey into the universe of tales and magic of childhood by Michel Hazanavicius (THE ARTIST, THE REDOUTABLE, OSS 117...). A beautiful film to watch with the family, an anthem to fatherhood, melancholic and fabulous.

⇢ OUR LADY OF THE NIL by Atiq Rahimi
with Amanda Mugabezaki, Albina Kirenga, Malaika Uwamahoro, Pascal Greggory
Atiq Rahimi, the Afghan novelist and filmmaker, examines the genesis and mechanisms of the Rwandan genocide while avoiding any frontal representation of violence. Without resentment, he delivers a subtle drama, rich in lessons and full of hope.

⇢ MISS by Ruben Alves
with Alex Wetter, Isabelle Nanty, Pascale Arbillot
MISS courageously celebrates femininity in all its forms and fights preconceived ideas. Alexandre Wetter, a model discovered by Jean-Paul Gaultier, makes his cinema debut here: his interpretation is disturbingly sincere and accurate. An optimistic and joyful hymn to tolerance. A real favorite for CINEMANIA!

Made possible by Club Sexu
Club Sexu invites you for a Live on their instagram page on Friday, November 13th from 7pm to 8pm in which a speaker and a sexologist will discuss the theme of transgender representation in cinema.

⇢ SHOULD THE WIND DROP by Nora Martirosyan
with Grégoire Colin, Hayk Bakhryan, Arman Navasardyan
Supported by the Cannes Film Festival 2020 Label
The Aymenian director makes us travel to Caucasus into her first film. The brilliant Grégoire Colin, as an engineer in charge of deciding on the reopening of an airport in the region, finds himself confronted with the beauty of the landscapes and its inhabitants. A real encounter and a journey out of time.

⇢ JOSEP by Aurel
with Sergi Lopez, Gérard Hernandez, Bruno Solo
Supported by the Cannes Film Festival 2020 Label
A poignant animated film by the cartoonist Aurel, which traces a forgotten period in history, that of the Retirada, the exodus to France of refugees from the Spanish Civil War in 1939. Poetic features at the service of a moving story.


TO BE REDISCOVERED ON CINEMANIA ONLINE

To see or revatch on our online platform, enjoy a second screening !

⇢ SUMMER OF 85 by François Ozon
with Félix Lefebvre, Benjamin Voisin, Philippine Velge, Valeria Bruni-Tedeschi
Supported by the Cannes Film Festival 2020 Label
A teenage summer in a seaside resort in Normandy. François Ozon returns with a story of love and friendship sublimated by subtle staging and excellent actors.

⇢ UNDER THE STARS OF PARIS by Claus Drexel
with Catherine Frot, Mahamahou Yaffa and Dominique Frot
Filmmaker Claus Drexel delves into the difficult subject of life for the homeless in Paris and offers one of his most beautiful roles to Catherine Frot. The actress moves and impresses as a homeless woman "forgotten by the world" who meets a little boy separated from his mother.

⇢ TWO OF US by Filippo Meneghetti
with Barbara Sukowa, Martine Chevallier and Léa Drucker
This first feature film by Filippo Meneghetti, a young Italian director, evokes with delicacy and great emotion the intense love between two elderly women. Through a simple and audacious staging, TWO OF US is a modest melodrama that focuses on the unsaid and silence.

⇢ MICA by Ismaël Ferroukhi
with Sabrina Ouazani, Zakaria Inan, Azelarab Kaghat
MICA retraces the touching journey of a poor child who wants to break out of his condition in a world where inequality is the common law. The film is directed by the young Zakaria Inane, a non-professional actor whose performance is captivating.
Retour