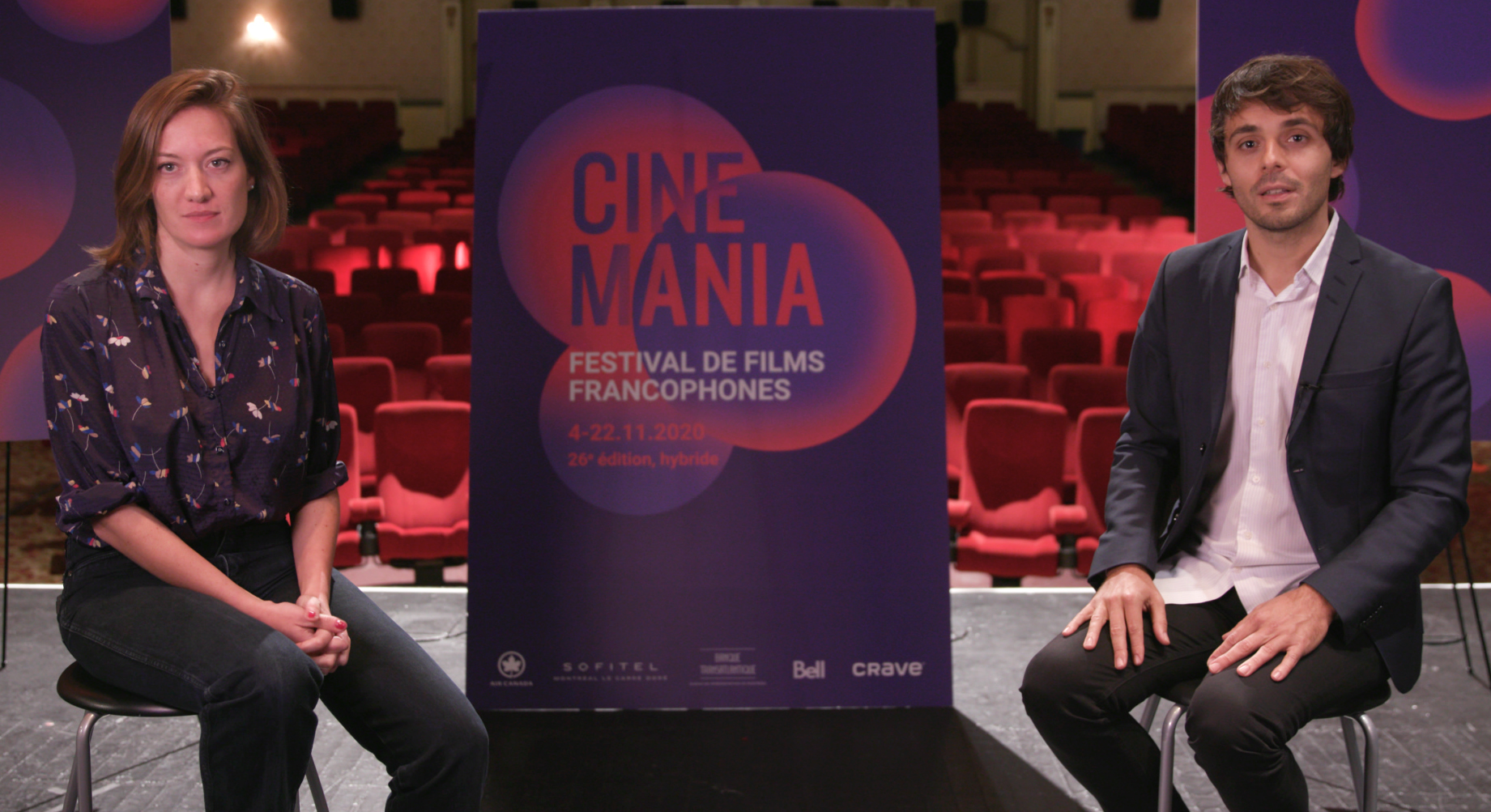 The 26th edition of the CINEMANIA Film Festival will be held online from November 4 to 22. This year, the festival is pleased to present 43 feature films, including a number of titles that will be premiering for the first time in Quebec, Canada, North America, and in some cases the World. Many of these titles have been selected as some of the best in Francophone cinema, and all will be presented with English subtitles.

For the first time ever, due to the circumstances surrounding this very unique edition, the festival will be made available to everyone in Quebec, but also to audiences across Canada, who will have a chance to view all titles included in this year’s CINEMANIA program. In fact, the event is migrating online with a digital offering that will be available for 19 days on a dedicated broadcasting platform created in association with FestivalScope and Shift72. Selected titles will each be available for 48 hours, over two distinct periods.


THE 26TH EDITION IN NUMBERS

⇢ 43 feature-length films selected from among the most eagerly awaited films, most of which had their North American premiere.
⇢ 34 short films
⇢ 2 unreleased episodes of a TV series
⇢ Master classes
⇢ Documentaries
⇢ Exclusive content, in this case 2 "home movies" produced by CINEMANIA
⇢ 1 retrospective in association with the Cinémathèque québécoise

In keeping with the traditions of recent years, the Festival will launch with an online pre-opening screening on Wednesday, November 4, 2020, with a screening of Philippe Lacôte’s exceptional film, NIGHT OF THE KINGS, in collaboration with the Ministère des Relations internationales et de la Francophonie du Québec, the Bureau du Québec à Abidjan and TV5 Québec-Canada. Audiences will also be able to attend a DISCUSSION WITH PHILIPPE LACÔTE, produced in collaboration with l’Institut Français and the Consulat général de France à Québec, available online as of November 1st. The Festival will also be screening the short documentary DERRIÈRE LE PROJET DE LA NUIT DES ROIS, UNE AVENTURE RACONTÉE PAR CINEMANIA (Behind the scenes of the NIGHT OF THE KINGS project, a journey documented by CINEMANIA), which takes a look at how the project came to light. The film was produced especially for the Festival, and features interviews with Quebec technicians and producers who worked on this ambitious project. It will be available for free for the entire duration of the festival. Finally, to cap this “Round table of the NIGHT OF THE KINGS,” CINEMANIA is proud to screen a rare film, Philippe’s very first documentary, which he directed in 2002: CHRONICLES OF WAR IN THE IVORY COAST. This film is a veritable cornerstone in his oeuvre and will help viewers understand how NIGHT OF THE KINGS came to be.

ALINE remains the opening film of the 26th edition of CINEMANIA, but it will be presented in theatres only when government measures allow us to do so. On this occasion the festival will organize a big red carpet. We will keep you informed.

Among its favourites, CINEMANIA is proud to present MISS directed by Ruben Alves who has used this work to celebrate female courage in all its forms and fight against preconceived notions. Alexandre Wetter, a fashion model discovered by Jean Paul Gaultier in the context of his Spring-Summer 2016 fashion show makes his cinematic debut in the role of a young trans woman who wants be crowned Miss France. His performance is disconcertingly sincere and authentic. Another one of this year’s heart stoppers is THE STICKY SIDE OF BAKLAVA directed by Lebanese filmmaker Maryanne Zéhil, which will have its world premiere at the festival.

We realize that our multiple offerings may be difficult for audience members to follow. For this reason, CINEMANIA has simplified and adapted its rates for this special edition: