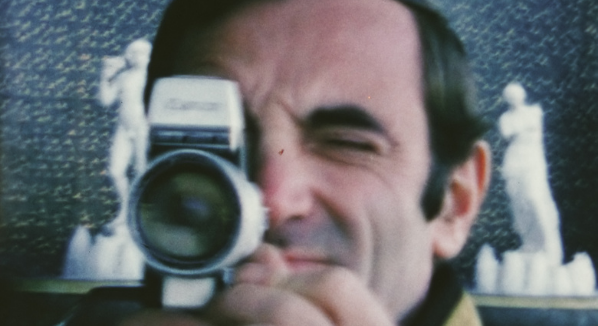 “AZNAVOUR BY CHARLES”  online from May 15


CINEMANIA festival, in collaboration with Les Films Opale, is pleased to present, online and starting May 15, the documentary film  AZNAVOUR BY CHARLES, a 76-minute essay featuring footage shot by the iconic singer over nearly 40 years. This autobiographical documentary, edited by his former producer, Marc di Domenico, is accompanied by the voice of actor Romain Duris (L'AUBERGE ESPAGNOL, MOLIÈRE).

Synopsis :
In 1948, Édith Piaf offers his first camera to Charles Aznavour, a Paillard that he’ll keep forever. Until 1982, Charles filmed hours of reel, as he would have kept a diary. Aznavour films his life and lives as he films. Wherever he goes, his camera is there with him, recording everything, the key moments of his life, his travels, his friends, his loves, his boredom. A few months before he passed, he began, together with Marc di Domenico, the editing of these films, creating a documentary feature film.


Last November, Louis Bélanger was our guest of honor at CINEMANIA: the perfect opportunity to look back on the highlights of his career. This unedited document allows us to dive into the universe of the author of GAZ BAR BLUES and BAD SEEDS, as well as the evolution of his artistic signature. Beyond that, the viewer is treated to an intimate encounter that is full of lessons about the filmmaker's craft. These two titles are available for rental from May 15 to May 25, 2021 on the festival's online platform. These virtual sessions are offered at a unit price of $5.