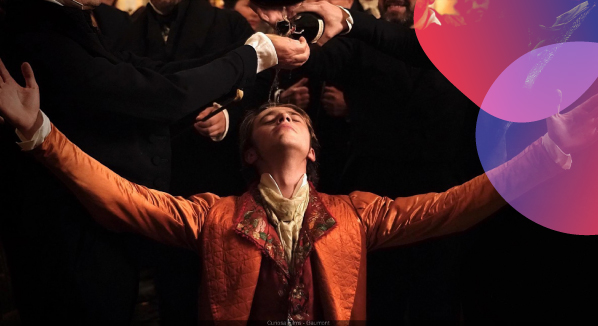 The CINEMANIA Film Festival is pleased to present Xavier Giannoli's historical fresco "LOST ILLUSIONS" at the closing of its 27th edition on November 14!

After the success of MARGUERITE (2015), QUAND J'ÉTAIS CHANTEUR (2006), À L'ORIGINE (2009) and SUPERSTAR (2012), director Xavier Giannoli has created an adaptation of Honoré de Balzac's cult novel LOST ILLUSIONS, which will close the 27th edition of the Festival with splendor and solemnity.

Distributed by Les Films Opale and made possible by Air CANADA, LOST ILLUSIONS will open at CINEMANIA on November 14 for the closing of the 27th edition of the Festival.

The story:
France, 1800s. Lucien, a young unknown poet, leaves his native province to try his luck in Paris. Left to his own devices, he discovers the behind-the-scenes world dedicated to money and false pretenses. A human comedy where everything can be bought or sold, literature like the press, politics like feelings, reputations like souls. He will love, suffer, and survive his illusions.

In official competition at the 78th edition of the Venice Film Festival, it was ultimately the French film, L'ÉVÉNEMENT directed by Audrey Dewan, that won the Golden Lion. L'ÉVÉNEMENT will have its North American premiere at our 27th edition as it is also part of the official selection of CINEMANIA !
Retour