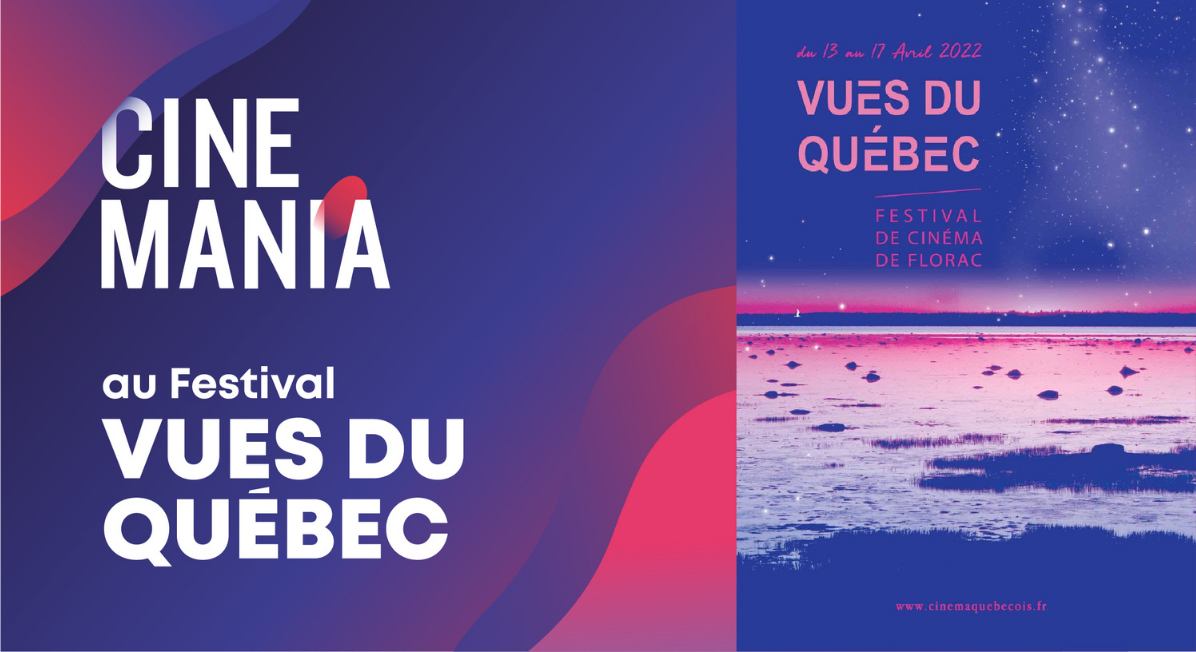 From April 13 to 17, 2022, the CINEMANIA team will take part in the festival “Vues du Québec” (formerly “48 Images Seconde”), an event coordinated by the association La Nouvelle Dimension which, since 2015, Québec cinema has been the focus of attention in the heart of the French department of La Lozère. For its 8th edition, the event has decided to offer a carte blanche to CINEMANIA : Guilhem Caillard will accompany the film’s sessions on site. UNE RÉVISION, by Catherine Therrien, who opened the Montreal festival in November 2021. CINEMANIA will also offer Lozérian spectators a specially dedicated platform: the opportunity to present and explain its francophone mandate, and to screen its self-produced documentary in 2021, L'aventure Colonelle Films: parcours de producteurs québécoises, directed by Kalina Bertin.

Among the Quebec artists who will make the trip are directors Philippe Grégoire (Le bruit des moteurs), Benoît Pilon (Le club Vinland), and filmmaker Monia Chokri who will accompany her latest Babysitter in a screening in the heart of the Cévenoles mountains. Journalist Daniel Racine and Simon Croz, Executive Director of Paraloeil (Rimouski), will also be part of the delegation. Note that this year’s festival will focus on the Bas-Saint-Laurent region, where a strong film tradition has taken root.

« It's been many years that we wanted to host the CINEMANIA festival, and this 13th edition is finally the right one! The delegation will be able to discover our festival nestled in the heart of the Cévenoles mountains that celebrates Quebec cinema and the Francophonie every year. By offering carte blanche, we wanted to highlight the work that Guilhem Caillard and his team are doing to promote Quebec cinema in Quebec and abroad. »
- Guillaume Sapin, Executive Director of Vues du Québec, Florac Film Festival
Retour