UNVEILING OF THE 28TH EDITION'S PROGRAM

From November 2 to 13. CINEMANIA will present no fewer than 112 films, including numerous presentations that are international, North American, Canadian or Quebec premieres, chosen from among the year’s best French-language productions, all with English subtitles and accompanied by 22 guest artists from Europe. French-language cinema will be celebrated for 10 days at Cinéma Impérial, Cinéma du Musée, Cinéma du Parc and the Cinémathèque québécoise.


The opening and closing films of the festival will feature two novel adaptations: Chien Blanc and Tempête, respectively directed by Anaïs Barbeau-Lavalette and Christian Duguay. With courageous main characters, these two productions, will transport you into courageous tales.

A lot of screenings will be accompanied by the presence of international guests, including Denis Ménochet, Lukas Dhont (Grand Prix of the 75th Cannes Film Festival),Marie-Castille Mention-Schaar, Arnaud Desplechin, Laurent Lafitte, Pascale Arbillot, Zahia Zouani, Pio Marmaï and many others. The other events of the festival will also be carried by guests such as the artist Fabrizio Maltese, or Philippe Besson. 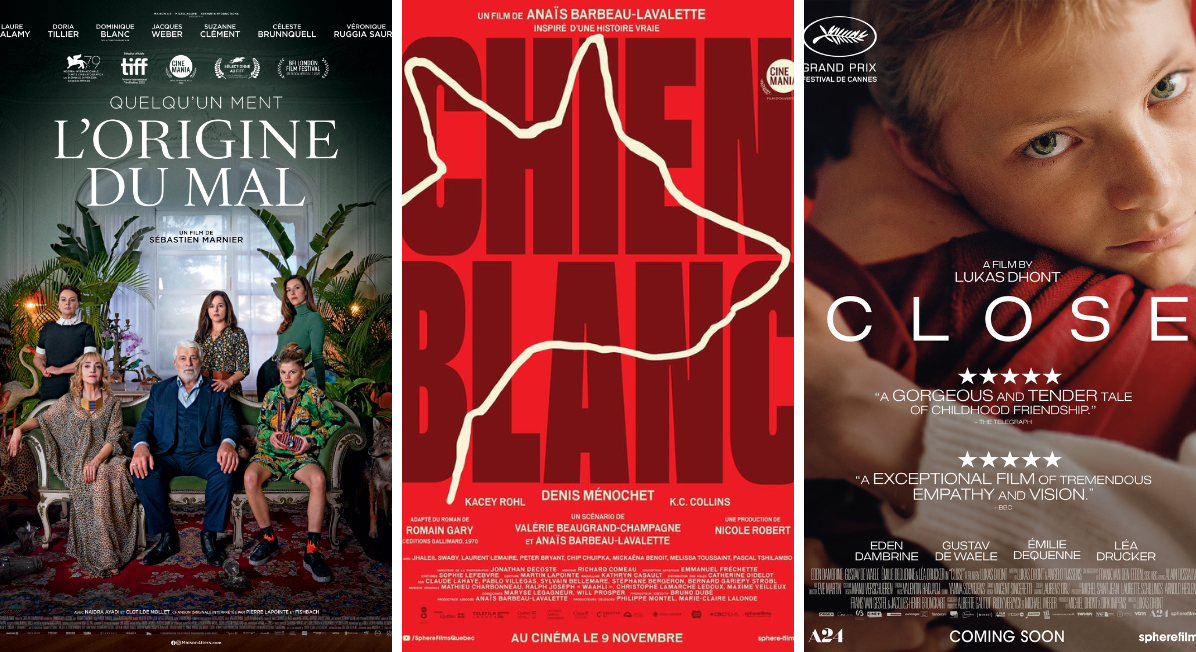 
4 competitions (Visages de la francophonie, Films du Québec, Documentaires et Courts-métrages) led by 4 juries of professionals from Quebec and abroad will showcase films that have not yet been released. The Mel Hoppenheim Audience Award will allow you to give your opinion on your favorite film.:

This 28th edition is also an opportunity to put on the spotlight a country particularly invested in cinema and yet little known: Luxembourg. CINEMANIA is honoring this country in 2022 with the aim of demonstrating the talents and know-how of the Grand Duchy, notably through the screening of a selection of films, exhibitions and animations on the festival square.

Luxembourg in the spotlight

Finally, this edition is the opportunity to relaunch a professional section, CINEMANIA PRO. Focusing on the contribution of Canada, and more specifically Quebec, in the international film industry, this new section will allow you to discover the backstage of this industry.