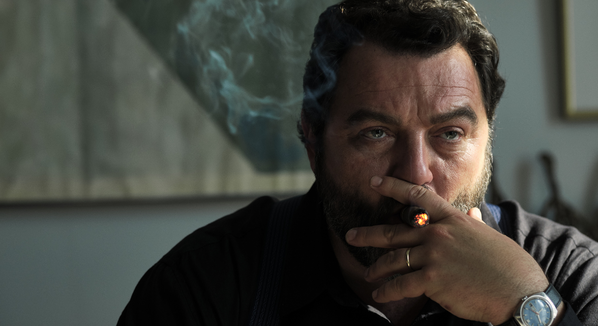 The CINEMANIA Film Festival and SPHÈRE FILMS are thrilled to announce that CHIEN BLANC, directed by Anaïs Barbeau-Lavalette and produced by Nicole Robert, will open the 28th edition of CINEMANIA on Wednesday, November 2, at Cinema Imperial. Adapted from Romain Gary’s classic novel and based on his own life with Jean Seberg, CHIEN BLANC stars Denis Ménochet (Romain Gary), Kacey Rohl (Jean Seberg), K.C. Collins (Keys) and young Laurent Lemaire (Diego Gary). The film will be released in theatres on November 9.


Synopsis:
1968. The United States is on the edge of imploding. Martin Luther King has been assassinated and racial tensions are wreaking havoc on the country. Romain Gary, who lives in Los Angeles with his wife, actress Jean Seberg, takes in a stray dog. Quickly finding its place in the house, the dog is obedient and affectionate with everyone — except Black people. Indeed, they soon find out that the dog has been trained to attack Black protesters. For Seberg, who is very active among the Black Panthers, this racist dog must be put down. For Gary, who sees it as a victim of the racism that plagues the entire country, it should be saved. He entrusts it to Keys, a Black dog trainer, in the hope that he will be able to cure his dog of the hate pounded into his very being by White men. Weighted down by his own tragedies, Keys will not do the job halfway.

Published by Gallimard (1970) and set in the post-segregation society of the  United States in the 60s, CHIEN BLANC  is produced with the financial support of SODEC, Téléfilm Canada, The Harold Greenberg Fund,  Tax Credits programs (Québec, Canada and B.C.) and the participation of Radio Canada, Super Écran et CBC Films.

Produce by Nicole Robert for Go Films (now Sphère Média), CHIEN BLANC is distributed in Canada by Sphère Films and will be released on November 9. 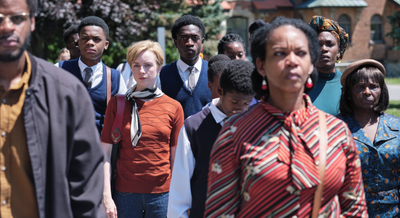 “I’m grateful for this recognition from the prestigious CINEMANIA Film Festival. I congratulate the entire team of CHIEN BLANC for their remarkable work and I thank all those who believed in
this film.” — Nicole Robert, producer

“We couldn’t have hoped for a better opening film than CHIEN BLANC for the next edition of CINEMANIA. Anaïs Barbeau-Lavalette is offering a major motion picture that stirs up reflection and debate, and that once again confirms her talent as a filmmaker deeply concerned with the fate of others and society’s critical issues. It is an honour for us to continue to follow her work, in the wake of the documentary about her that we produced and exhibited last year.” — Guilhem Caillard, General Manager of CINEMANIA​.

The 28th CINEMANIA Film Festival will take place in Montreal from November 2 – 13, 2022. The entire program will be announced on October 20.